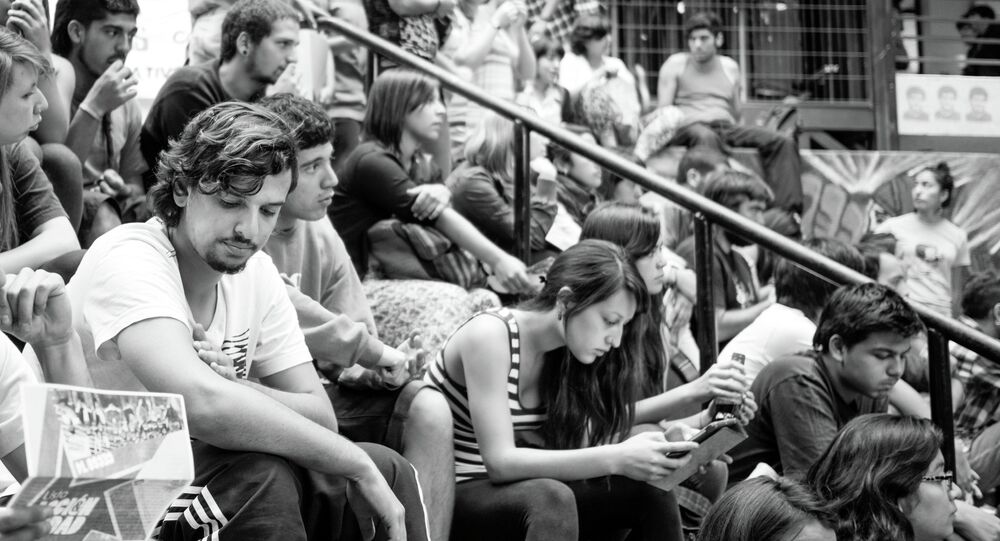 Generation Y Wake Up! & Smell the Burden of British Debt

Pension promises are being made at an "unprecedented rate" by politicians in the UK unable to keep their word and without a thought for tomorrow's tax payers. Today's teenagers and 'twenty-somethings, known as 'Generation Y' will be left with an unsustainable bill, according to a new report ‘Who Will Care for Generation Y?'.

Pension’s analyst and author of the report, Michael Johnson, told Sputnik: "This is unprecedented in history in terms of the rate of unfunded promises made for today’s pensioners — which will have to be met by tomorrow’s tax payers, like Generation Y".

Johnson says that Generation Y could be the first generation to experience a quality of life below that of its 'baby boomer' parents.

Johnson's new research is based on the UK Treasury’s ‘Whole of Government Accounts’ (WGA), whose balance sheet includes many of the unfunded promises (liabilities) that the baby boomers have been making. Johnson said:

"It’s completely unsustainable. The rate of promise creation is completely outstripping Britain’s economic growth. If the two were in step with one another, it would be less of an issue and the nation could afford to meet those promises. But the promises are running away from us, and in terms of the scale it is unprecedented."

Johnsons says "baby boomers have become masters at perpetrating inter-generational injustice, by making vast unfunded promises to themselves, notably in respect of pensions. Such is their scale that if the UK were accounted for as a public company, it would be bust".

"The challenge is to encourage Generation Y to wake up to this fact. And that’s who this paper is aimed at – the thinkers of today. The core generation Y, those who are in their late teens or early 20s whose voices are not heard in parliament."

"What is staggering is how asleep most people are on this subject. It’s just too easy to pretend it’s not there. The national accounts exclude these large unfunded promises and that is part of the problem."

GOP Lawmaker 'Selfies' Self into Scandal Over Spending