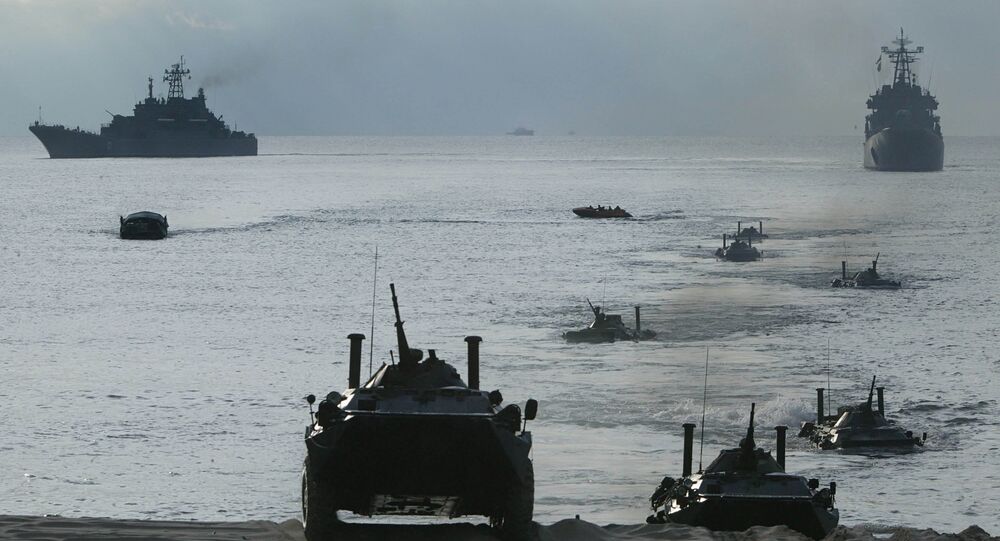 NATO members don’t care about thousands of African refugees dying in the Mediterranean, instead choosing to focus on senseless military drills in the Baltic and Black Seas, a former Turkish general said.

Instead of wasting money on senseless naval exercises in the Black Sea, NATO should use the available resources to solve the issue of illegal immigration in the Mediterranean Sea, Ali said.

"Such exercises are expensive. But this money is wasted for nothing. Millions of dollars. Instead, it would have been better to send NATO naval units to the Mediterranean Sea."

These military drills carry an anti-Russian political message, as "NATO is trying to threaten Russia and that is not good." This political course won't help to reach global peace, the former Turkish general said.

© Flickr / Sergei Vavilov
French Mistrals May Be Used to Save Refugees in Mediterranean
Meanwhile, the situation with illegal immigration in the Mediterranean is reaching catastrophic levels, Ali said. Instead of flexing muscles and provoking Russia for no reason, it would have been much better and more logical to send ships to help out African refugees and prevent the escalating humanitarian tragedy on the threshold of the European Union.

Unfortunately, the members of the military alliance don't pay attention to the lives of thousands of refugees, choosing to demonstrate their military power by other means, Ali said.