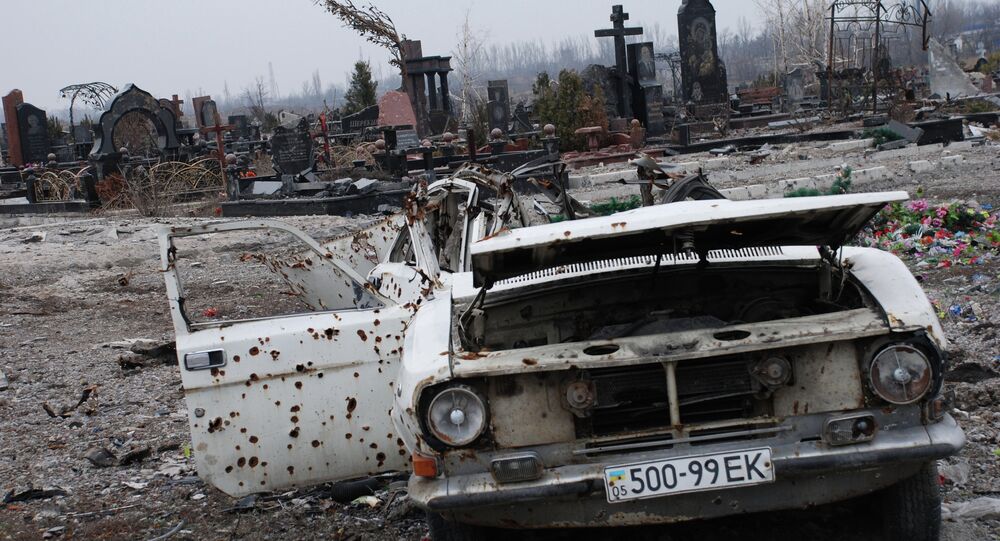 Kiev used heavy artillery against eastern Ukrainian forces, which had previously been pulled out from the contact line in accordance with the Minsk peace agreements, the General Staff of Ukraine said Wednesday.

© AP Photo / Evgeniy Maloletka
Kiev Shelling Along Contact Line Leaves at Least 15 Dead - Donetsk Republic
KIEV (Sputnik) — Earlier in the day, a medical worker in the eastern Ukrainian self-proclaimed Donetsk People’s Republic said that at least 60 civilians had been injured in Donetsk during intense shelling along the contact line, with five of them being in critical condition.

In February, the warring sides in Ukraine agreed to maintain a ceasefire and withdraw heavy artillery from the line of contact.

"To stop the enemy offensive and to avoid casualties among Ukrainian troops, the command, warning all international partners, was forced to use artillery which had previously been drawn back in accordance with the Minsk agreements," the general staff’s press service said.

The fighting in eastern Ukrainian regions of Donetsk and Lugansk that started in April 2014 is continuing despite several rounds of peace talks.