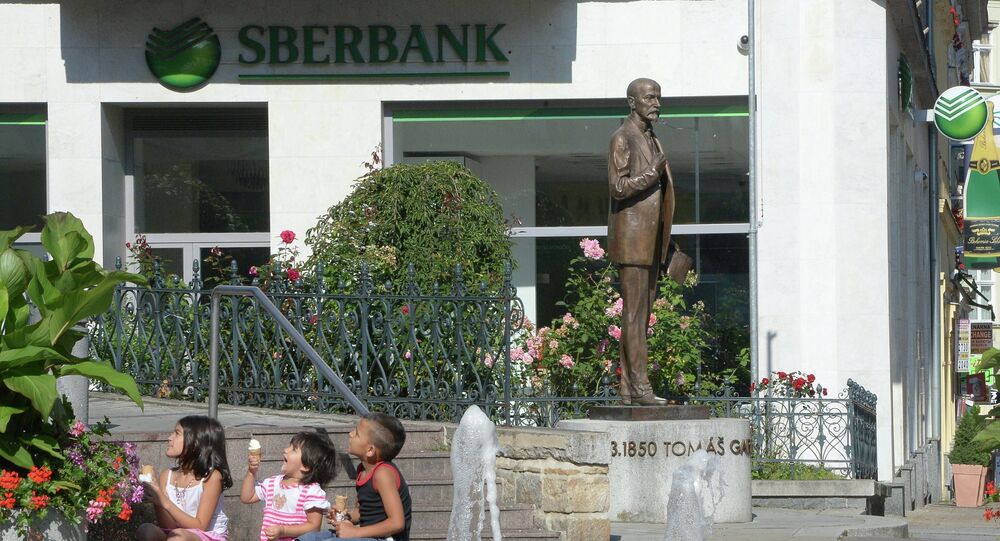 Everyone's a Winner as Russian Banks and European Savers Team Up

Russia's biggest banks operating in Europe are proving popular with local savers due to higher interest rates on deposits, a valuable influx of funding in time of sanctions which restrict their borrowing.

As a result, Russian banks such as Sberbank and VTB are proving a hit with savers in central Europe where their subsidiaries are currently offering interest rates of more than two percent on online deposits, in contrast to interest rates of almost nothing from European banks.

At the turn of the year the German Tagesspiel newspaper reported the increasing popularity of three Russian banks operating in Germany, where according to EU law up to €100,000 of savers' deposits is guaranteed.

The paper reported that Germans were able to make deposits with Sberbank Direct and VTB Direct, which both have their headquarters in Vienna and operate in Germany as an online bank. The Amsterdam Trade Bank ATB, a subsidiary of the Russian Alfa Bank group also offers deposits to German customers.

Russian banks see deposits as a valuable source of liquidity in the face of sanctions put in place by the US and EU last year, which limited their access to capital markets for long-term funding, including any borrowing over 30 days.

Though sanctions were not extended to the European subsidiaries of Russian banks, offering attractive deposits to investors is a more attractive proposition for the institutions, which had their credit ratings downgraded by the major ratings agencies over the past year, in line with the lowering of Russia's credit rating.