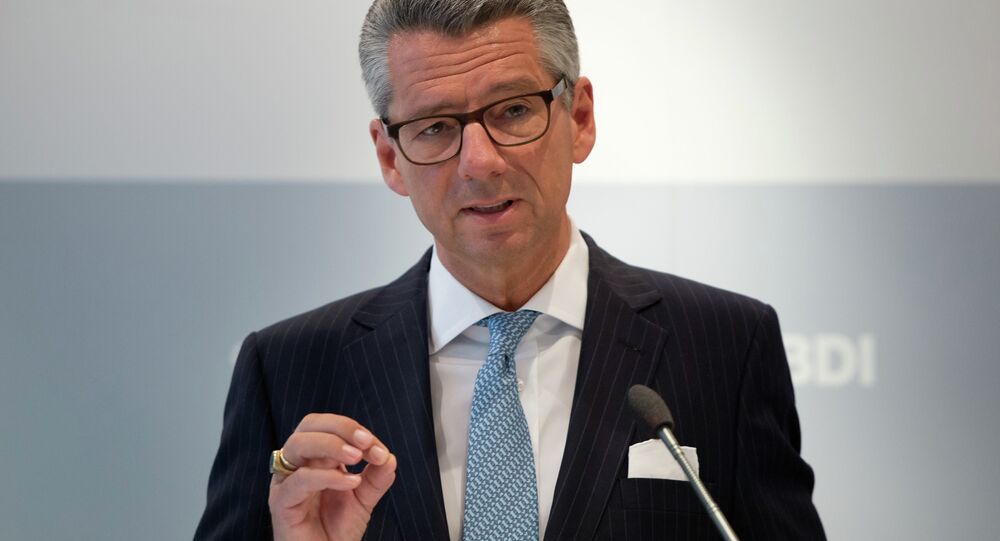 President of the Federation of German Industries (BDI) Ulrich Grillo said that that the majority of German enterprises that have been working in Russia are waiting for the sanctions to be canceled.

"The majority of enterprises that have been working in Russia are hanging in there, waiting for the sanctions to be canceled, this is absolutely obvious," Grillo told journalists.

In December 2014, 58 percent of 200 German companies polled by the Russian-German Chamber of Commerce said anti-Russia sanctions had negatively affected their business. Only 3 percent of those surveyed said they were planning to exit the Russian market.

© REUTERS / Lukas Barth
Anti-Russian Sanctions Put EU on Trade Diet While US Feasts
The BDI is an organization of German industry service providers that, according to its website, represents more than 100,000 large, medium-sized and small enterprises with over eight million employees combined.

The European Union, the United Stated and some other Western countries introduced several rounds of economic sanctions against Russia in 2014 over Moscow's alleged involvement in the conflict in eastern Ukraine. Russia denies having any role in the Ukrainian crisis and has called for a political resolution to the hostilities in the country.