European Parliament member from France said that In order to pay its debt to international creditors, Greece should exit the eurozone instead of criticizing the European Union. 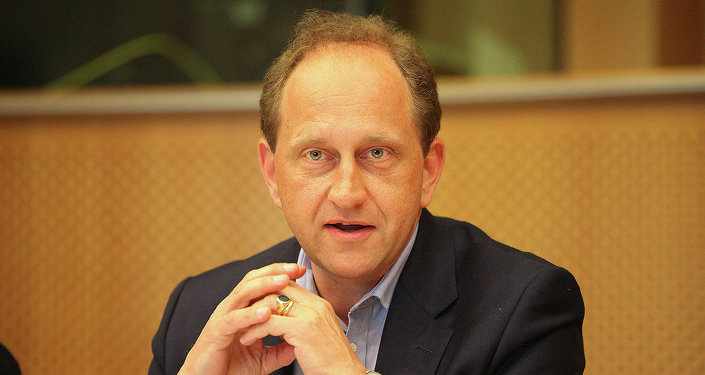 “We prefer in the economic sense … that Greece exit eurozone, recover its national currency, the drachma, and reimburse its debt with national currency with Greece Central Bank,” Monot, chief economist for the right-wing National Front party, said.

This move would be a more logical response to the economic crisis in Greece, than criticizing the EU and the ECB, Monot added.

“[Greek Prime Minister] Alexis Tsipras criticizes the European Union and the European Central Bank and at the same time asks them for help — you can’t kill two birds with one stone. It is important to choose either one point or another,” the French lawmaker said.

On Sunday, Tsipras, in an interview with the French newspaper Le Monde, lashed out at Greece's creditors for pressing “absurd proposals” and holding months of fruitless talks that prevent Greece from getting the urgent financial aid the country needs to pay back its debts and preventing to default.

Greece is due to reimburse 300 million euro ($330 million) to the International Monetary Fund on Friday. In total, Athens has to make a payment of 1.6 billion euro to the fund by June 19. In May, the Greek interior minister said that Athens does not have the money to make the June repayments to the IMF.

US Bailout of Greece to Rescue Western Alliance Mooted