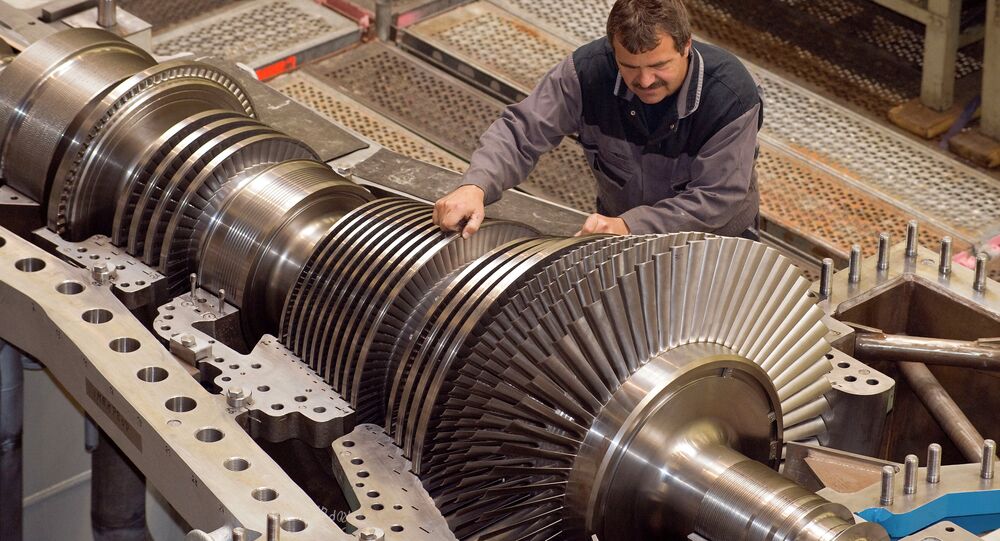 German companies are increasingly feeling the squeeze as a result of European Union sanctions against Russia, Germany's association of engineering companies VDMA said in a release on Monday.

Deteriorating ties and economic sanctions led German newspaper Die Welt to conclude that "the German economy has a longing for Putin" amid Russia's suspension from the G7 summit of industrialized economies' leaders. American and Chinese companies have also been taking advantage of the situation, with companies such as Boeing and Bell Helicopters making deals with Russian clients, including those subject to US sanctions.

"Unfortunately, the downtrend in machinery exports accelerated at the start of this year," VDMA President Dr. Reinhold Festge said.

© REUTERS / Lukas Barth
Anti-Russian Sanctions Put EU on Trade Diet While US Feasts
According to VDMA, 83 percent of German engineering companies surveyed have reported declining orders. The survey reports that 24 percent of producers had difficulties with export controls, a much higher figure compared to the previous year, according to the VDMA release.

VDMA figures showed that Russia's recent economic difficulties have not played a large part in decreasing trade, as order cancellations and defaults remained at roughly the same rate. German producers are also concerned about Chinese competition, according to VDMA's Russia expert Monika Hollacher.

Trade turnover between the EU and Russia shrank by almost ten percent in the first two months of 2015 year-on-year, while Russian statistics show that trade between the US and Russia spiked by approximately 6 percent, according to German news magazine Der Spiegel.