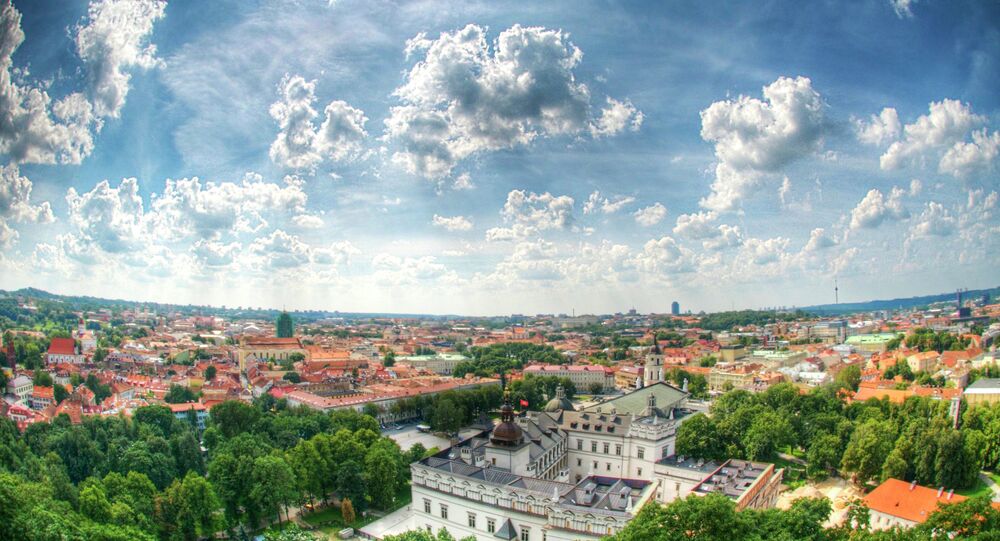 © East News / Bartosz Krupa
Lithuanian President Amends Broadcasting Law to Win 'Information War'
Police estimate that about a thousand people gathered before the building of the Lithuanian government in Vilnius, carrying posters insisting that authorities leave minority schools alone and demanding the protection of the country's national minorities. Protest organizers speaking before the crowd made speeches in Lithuanian, Polish and Russian.

Protesters expressed their concern over the Ministry of Education's plans to reform the school system, which would result in the closure or reorganization of 14 minority schools. Lithuania has been reorganizing its school system, ostensibly due to a drop in attendance due to immigration and declining birth rates. The government plans to close down nearly 200 schools by September 1, 2015, which means that many students among the Polish and Russian minorities will either be forced to commute to schools further away or switch entirely to Lithuanian language instruction.

11th graders at the Russian-language Lazdinayskoy School joining the protesters told a Delfi reporter on the scene that they are against the reform, and want to finish their studies there. Chekonishkskoy Secondary School District Director Dariusz Wasilewski told the reporter that he fears that the reforms will eliminate Polish-language rural schools in the Vilnius region altogether, with only three Polish language gymnasiums in Vilnius as it is. "Children should not have to commute. We have found that children learn better when they learn where they live. Moreover, they should have access not only to [Polish language] gymnasiums, but to high school as well," Wasilewski noted.

usembassytallinn.blogspot
US Treats Residents of Tallinn Like 'Tribal Chieftains' – Estonian Media
If the law is not changed by the country's parliament during its spring session, the schools in question will be defunded in September. The protesters distributed a petition demanding that minority schools remain open and accredited for education from grades 1-12, and calling for other reforms in the Education Act, including the rejection of the unified exam on the Lithuanian language, which is a requirement to complete secondary education. The petition states that if the protesters' appeals are not answered, they will carry out protest strikes by keeping children home from the month of July and into September.

Although perceived discrimination against national minorities is lower in Lithuania than in neighboring Latvia and Estonia, Polish and Russian minorities have nonetheless complained of systemic discrimination by the Lithuanian government over several issues, including the underfunding of minority educational and cultural institutions, the Lithuanization of Polish surnames, and the renaming of Polish street names in several communities. However, unlike Estonia and Latvia, national minorities living in Lithuania were granted citizenship immediately following independence, and do not face the openly discriminatory policy of the 'alien' or 'non-citizen' passports.