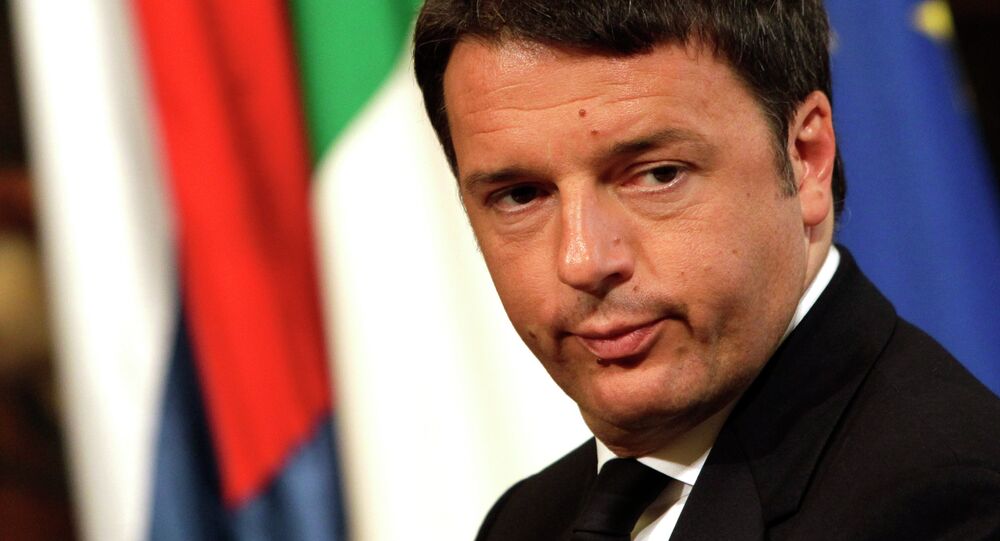 The results of Italy's local election has seen a massive rise in popularity for the right-wing Northern League and the anti-establishment 5-Star Movement, in the latest in a series of ballots throughout Europe which have seen a rise in Euroscepticism.

© AP Photo / Alessandra Tarantino
Italian FM: Regional Election Results Prove Gov't Pursuing Right Policies
The Italian Prime Minister Matteo Renzi has seen his popularity plummet amid a rise in support for the right-wing Northern League and the anti-establishment 5-Star Movement. Latest projections in the regional elections show Renzi's Democratic Party having taken 22.6 percent of the overall vote, ahead of the 5-Star Movement on 19.6 percent, the Northern League on 12.9 percent and Forza Italia on 10.3 percent.

Last week, in Poland, Andrzej Duda's Law and Justice Party celebrated its first national election win in a decade, after its candidate for the presidency defeated the incumbent Bronislaw Komorowski.

Duda has been pressing for a more assertive stance by Poland in the EU, demanding that Warsaw should "focus on its interests" and not those of its bigger partners like Germany or France, bastions of the EU machine.

When Italy does elections it puts political posters up in public squares. Take note Britain. pic.twitter.com/YxaMMV013x

In Spain, also last week, the ruling People's Party (PP) was severely crushed in regional and local elections after voters punished Prime Minister Mariano Rajoy for severe spending cuts. Opposition party Podemos, which was founded after the 2011-12 Spanish protests against inequality and corruption, made significant gains. The party is calling for reform of the EU in the form of changes to the Treaty of Lisbon.

Europe Is "Further Away From People"

In the UK, in early May, the anti-Europe UKIP Party won 12.6 percent of the vote, with 3.9 million backers, demonstrating a huge rise in Euroscepticism in the UK, which is due to hold an In-Out referendum of its membership of the EU by the end of 2017.

All the recent election results show a growing disapproval of the Brussels machine, as well as a fall in the popularity of the establishment in many countries.

"Britain must not be encouraged to leave, but must also not be accommodated by equipping the #EU with reverse gear" http://t.co/TXGvi6TJ4K

Josef Janning, Senior Policy Fellow at the European Council on Foreign Relations said in a recent briefing: "German Chancellor Angela Merkel's struggles to keep the European Union moving ahead have become more demanding: after the presidential elections in Poland and regional elections in Spain.

"The feelings of estrangement with the national political class easily extends into a negative judgement on the European policy process, which is further away from people, less understood by them, and a traditional scapegoat in the political discourses voters are part of."

"To analysts and campaign planners alike, the profound transformation of party systems in the post-divided and pre-federal Europe still remains a puzzle of too many pieces. It has become evident that traditional party structures are withering away everywhere," wrote Janning.

Regional, Gubernatorial Elections End in Italy With Renzi's Party Ahead

Spanish Politics in Flux After Five Years of Austerity