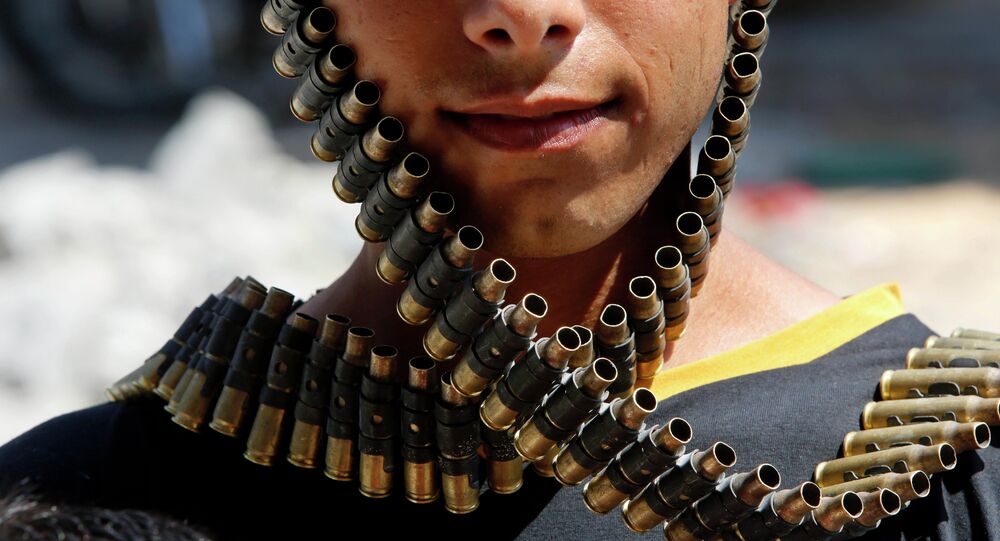 The emergence of a black and white Islamic State flag draped on houses in a small Bosnian village has led to concerns that increasing numbers of Bosnian fighters are traveling to Iraq and Syria to join the terrorist group.

"Many people in the Balkans recruit young people to go and fight in Syria and the Middle East… Before they did [fight] for several fundamentalist groups, now they do for ISIS. Although the Bosnian government and other Balkan countries last year have prompted laws against foreign fighters, the problem remains with the fighters who return."

Earlier in May, Bosnian Special Forces carried out raids on houses in a small village after local media published photographs of houses draped with the Islamic State flag. Dozens of people were detained in Republika Srpska on suspicion of having fought in Syria and police seized propaganda material used for recruiting foreign fighters and information on weapons and ammunition.

Gornja Maoca is an isolated village close to the town of Brcko and is controlled by local Muslim fundamentalists who adhere to the strict the Wahhabi branch of Islam. However, when the police arrived, the flags disappeared.

By the time the forces arrived "the flags were no longer hanging" said Kristina Jozic, a spokeswoman for state police agency SIPA.

According to Bosnian intelligence officers, 150 Bosnian fighters have joined militants in Iraq and Syria and 50 radicalized jihadists are believed to have returned to Bosnia. In 2014, 26 people, suspected of being members of jihadist groups in Syria and Iraq as well as being accused of recruiting fighters in Bosnia, were arrested following raids against local Wahhabis. In 2012, a Serbian national with ties to the local Islamist movement opened fire on the US embassy in Sarajevo in October 2011.

A group of excellent panelists will be able to shed light on the region's security challenges. #Balkans #NATO #ISIS https://t.co/rKnM3x1gPI

"When they come home from Syria and Iraq in the Balkans, they bring back their ideology to villages governed by Salafis and Wahhabis," said Fodor.

"But above all, they want to continue their war. And as you have seen here in Ásotthalom, it is not difficult for them to get into Western Europe, if they wanted to."

Fodor added, that: "Immigration from the Balkans could increase in relation to the political crisis in Macedonia and the difficult economic situation in Kosovo, although I think that most of the flows will come again from the Middle East and Africa."

Think tank, the Kosovar Center for Security Studies (KCSS), estimates that 232 Kosovo citizens are fighting alongside jihadists groups in Syria and Iraq. Its report suggests that the majority of Kosovars fighting in Syria and Iraq joined the militants there in 2013.

ISIL and the Tale of Too Many Coincidences