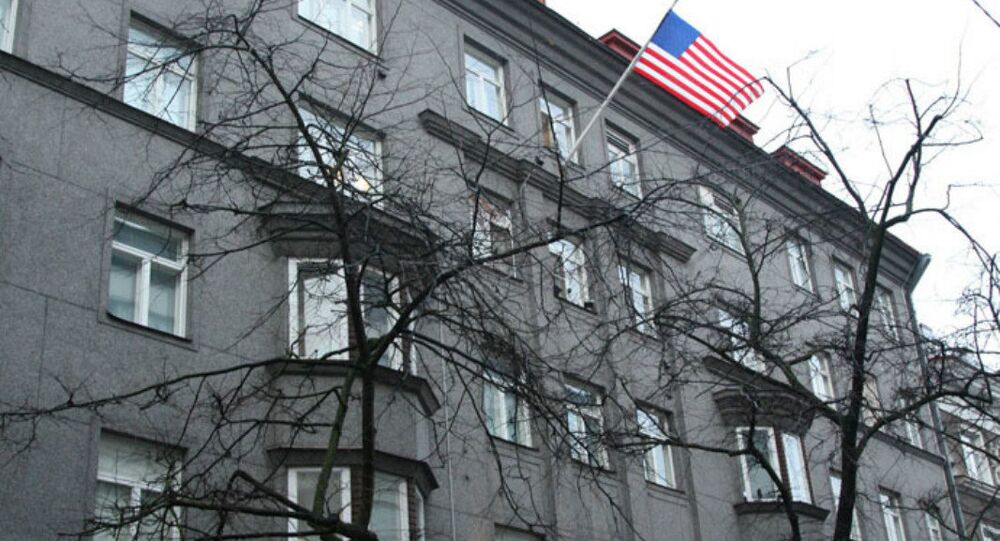 Estonian Interior Ministry to Investigate Reports of US Embassy Spying

Estonia's Interior Ministry on Friday promised an investigation into claims that the US Embassy collects data on people who pass near its embassy in central Tallinn, but said the allegations are based on individual cases of requests for information on individuals, and not a coordinated program of spying.

© Sputnik / Vladimir Pesnya
US Embassy in Tallinn Spying on Nearby Activity - Reports
A representative of Estonia's Interior Ministry told a press conference on Friday that allegations of spying carried out by the US Embassy in Tallinn are based on the activities of the embassy' security team, and denied the existence of a department in the embassy dedicated to tracking people's movements.

Erkki Koort, Deputy Secretary General for Internal Security Policy at the ministry, told reporters that his department will investigate the reports, published in Estonia's Post Times newspaper, which allege that over a period of several years, a secret department in the US Embassy in Tallinn has collected data on people passing through the center of the city close to its embassy building.

The US Embassy' Public Affairs Officer Bradley Hearst on Friday confirmed the existence of a surveillance program, which he said "is in place to identify dubious activity in the vicinity of the embassy."

"We have full respect for the national privacy laws and these security measures have been approved by the Estonian government," said Hearst.

According to Tallinn's Delfi news portal, Koort sought to allay fears of a coordinated spy program taking place in the city, and a "black list" of targets, explaining that the allegations are centered on the existence of a database, where "incidents" are registered.

© Flickr / Alex Liivet
Estonia to Build Up Defense Partnership With Ukraine
Since the embassy is on Estonian territory, said Koort, the Estonian security services are bound to ensure its safety. However, he remarked, the "uncontrolled and far-reaching gathering of personal data is not permitted and our agreement stipulates that the exchange of information is bilateral."

According to the report, published on Friday, a team of five investigators who report on security risks at the embassy collect information and prepare five or six reports each month on passersby who arouse the team's suspicions.

Deputy Secretary General Koort said on Friday in response to questions from journalists that his department had no information on the preparation of around 65 reports a year by embassy security staff, but said that the authorities will carry out an investigation into the matter.

Permanent Presence of US Troops in Estonia Is Unreasonable - US Ambassador