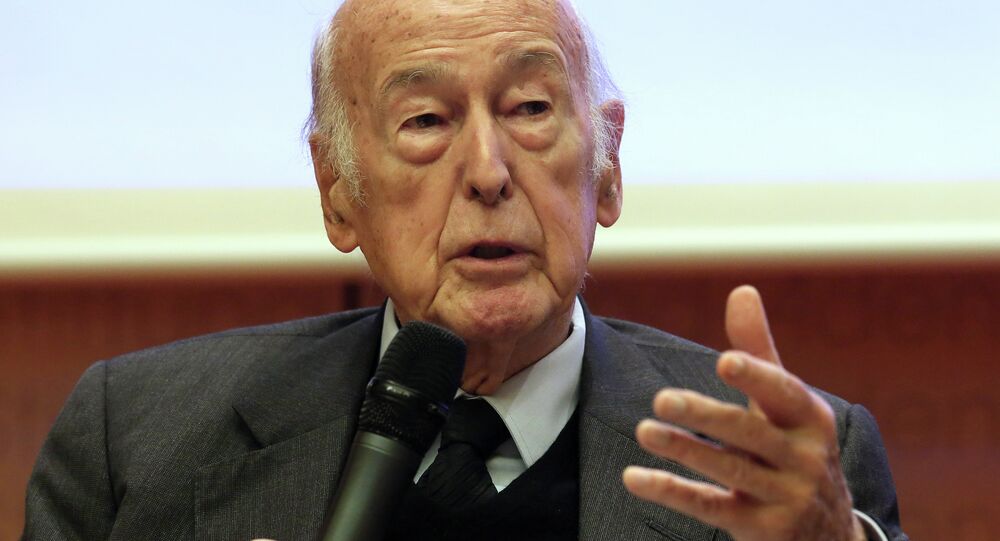 Granting of autonomy to regions in the Eastern Ukraine, which will remain a part of the country, but have their own local government and administration, may help to resolve the Ukrainian crisis, former French President Valery Giscard d'Estaing said.

The decentralization and the establishment of autonomous regions will help to resolve the conflict in Ukraine, Giscard d'Estaing said in an interview with the television channel "Russia-24".

"There are people with a different history within these boundaries. There are serious tensions between them, particularly, between the people in the east, the population in central regions and residents of Polish descent in the west,” former French President said.

According to him, the solution could be a deep decentralization, when the central government does not interfere in all aspects of the country’s life.

“It is possible to create autonomous regions — Ukrainian regions which will remain part of the country, but will be self-sufficient, have their own local government, elections and local administration," he argued.

© AP Photo / Rahmat Gul
Kiev Not Ready to Join NATO Until Crisis in Eastern Ukraine Settled
Giscard d'Estaing also stressed that such a model is quite common in Europe. As an example, he referred to Catalonia in Spain and Scotland in the United Kingdom.

The former French President believes that the Ukrainian crisis can and should be resolved before the end of the year. The Minsk Agreement is expected to play a key role in this process.

"It is a very difficult situation for everyone — Ukraine, Russia and Europe. We need to find a way out; we need a project and we have it: this is the Minsk Agreement that should be implemented to the full extent," he said.

At the same time, the politician expressed doubt that European authorities have taken all measures to resolve the conflict in Donbass. He also criticized anti-Russian sanctions, calling them "not quite right" decision.