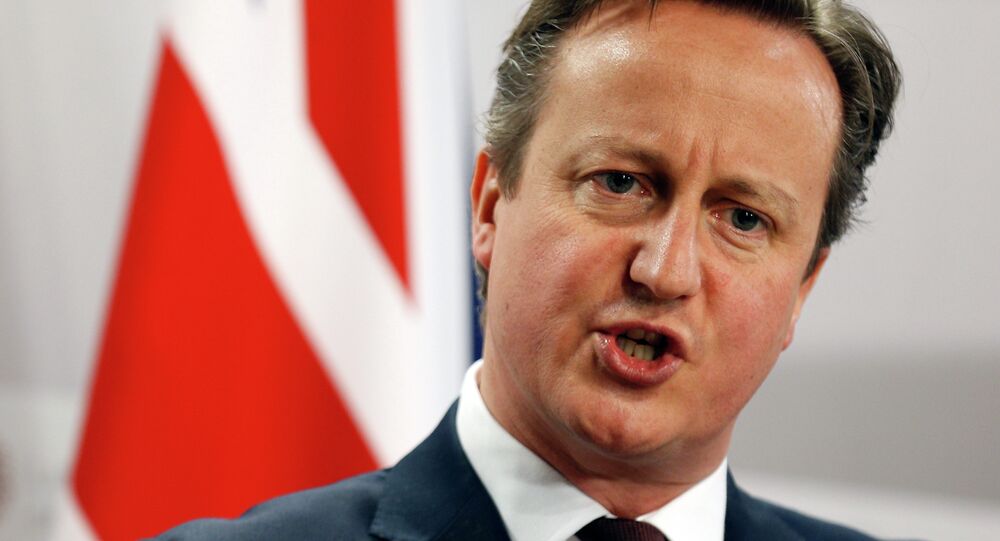 UK Prime Minister David Cameron has been accused of threatening basic human rights by proposing a Bill of Rights which would replace the country's obligations under the European Convention on Human Rights.

© Flickr / Penn State
UK Plans to Scrap Human Rights Act Would Make It an 'International Outlaw'
Cameron's Conservative party in their election manifesto has pledged to "scrap the Human Rights Act and curtail the role of the European Court of Human Rights, so that foreign criminals can be more easily deported from Britain."

Cameron's party said it wanted to reverse the "mission creep that has meant human rights laws being used for more and more purposes, and often with little regard for the rights of wider society.

"Among other things the Bill will stop terrorists and other serious foreign criminals who pose a threat to our society from using spurious human rights arguments to prevent deportation."

Human rights group Amnesty International said the move was "very worrying" and on Thursday wrote to the UK Justice Secretary Michael Gove to set out its concerns about any repeal of the Act and to register the strength of feeling about what is seen as a clear threat to human rights. Meanwhile, more than 82,000 people have already signed an Amnesty petition calling for the Human Rights Act to be kept.

The Government said a British Bill of Rights would break the formal link between British courts and the European Court of Human Rights, and make its own Supreme Court the ultimate arbiter of human rights matters in the UK.

If the UK were to withdraw from the Convention it would become one of only two countries in Europe which is not a party to the treaty — the other being Belarus.

Kate Allen, Director of Amnesty International UK, told Sputnik: "It's very worrying that the Government seems hell-bent on tinkering with or even completely replacing such an important part of our human rights protections.

"Any move to scrap the Act would be a real blow for human rights in this country and around the world.

"Ordinary people across the world are still fighting for the rights we enjoy in the UK — we must not let politicians take away these hard-won rights at the stroke of a pen," she said.

The bid to repeal the Human Rights Act and withdraw from the European Convention on Human Rights was slightly watered down by Cameron's government, when it indicated it would begin consultations on withdrawal, rather than immediately repeal the Act.

Shami Chakrabarti, Director of human rights group Liberty, told Sputnik: "It is heartening that a Conservative Government committed to scrapping the Human Rights Act has at least paused for thought in its first Queen's speech.

"There is a long struggle ahead but time is the friend of freedom. The more this new Parliament understands the value of the HRA for all of us in this United Kingdom and our reputation in the world- the more it is likely to understand how dangerous it would be to replace human rights with mere citizens' privileges."

The Power of Twelve - Cameron's Majority May Be a Major Issue