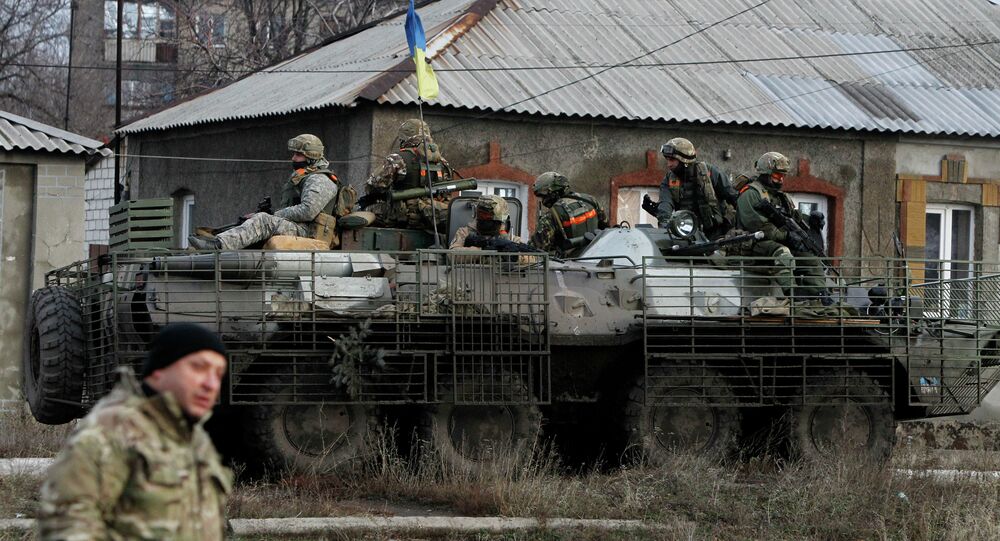 Leave Your Wounded Comrades on the Battlefield - Report on Ukraine Army

Ukrainian troops are demoralized and unprepared to keep the field in Donbass, according to a secret report intercepted by Donetsk intelligence services.

Donetsk secret services intercepted a major report prepared by a Kiev commission that inspected the Ukrainian Armed Forces in Donbass.

The documents revealed that Ukrainian servicemen do not know how to evacuate wounded and killed soldiers, the news agency said.

"Servicemen are not trained to evacuate the wounded and the dead. The command considers this training unpractical as evacuation attempts results in mounting death toll among the personnel," the commission's report reads.

The documents also point out that the majority of Ukrainian servicemen would not be able to furnish resistance, as they are not prepared enough, and officers are apt to leave dangerous areas despite orders to conduct warfare.

In February 2015, Donbass forces reported numerous cases of Ukrainian officers abandoning their troops in the "Debaltsevo cauldron", where the Kiev army suffered a crushing defeat.

In addition to that, "only three percent of units passed a battle training check. Only five percent of servicemen know their spheres of action", the classified report revealed.