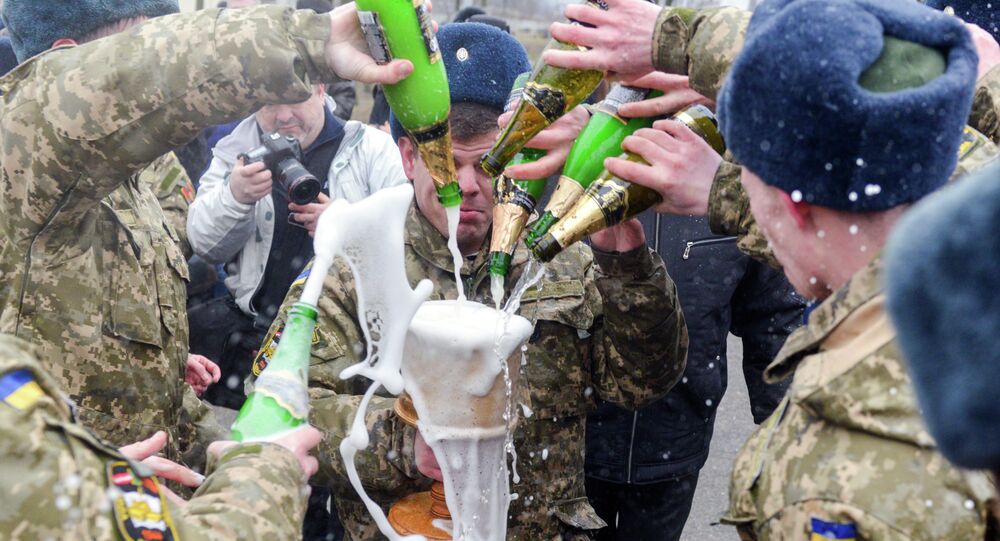 The morale of Ukrainian soldiers fighting in Donbass is "weak," the command center of Ukrainian Armed Forces concluded, according to Donetsk News Agency.

Classified documents with the findings of the Ukrainian army were intercepted by intelligence specialists of Donbas militia.

"Poor morale leads to alcohol abuse and violation of the military discipline among soldiers, according to statistical data from the Ministry of Internal Affairs and the growth of crime committed against the civilian population," the intercepted documents of the inspection group revealed.

Furthermore, Ukrainian soldiers are not allowed to use their cell phones, and thus they cannot be in touch with their family and the loved ones. All military personnel are banned from going into cities and other large settlements, as well as travel outside of Donbass, the source reported.

© AP Photo / Evgeniy Maloletka
Epilepsy? Tuberculosis? Doesn't Matter, You're in Ukrainian Army Now!
The command center of the Ukrainian Armed Forces is worried that with the current state of morale, when soldiers are coerced to carry out military tasks, there is a high chance the soldiers will flee their positions to save their own lives if hostilities resume.

Earlier, several accidents involving Ukrainian soldiers emerged in media. In one of them, a military truck ran over the car of a local resident in Severodonetsk. The soldier driving the military vehicle was intoxicated.

In another accident, drunken Ukrainian soldiers ran over and killed a child and severely injured the child's mother, when recklessly driving an armored vehicle on the streets of Konstantinovka.