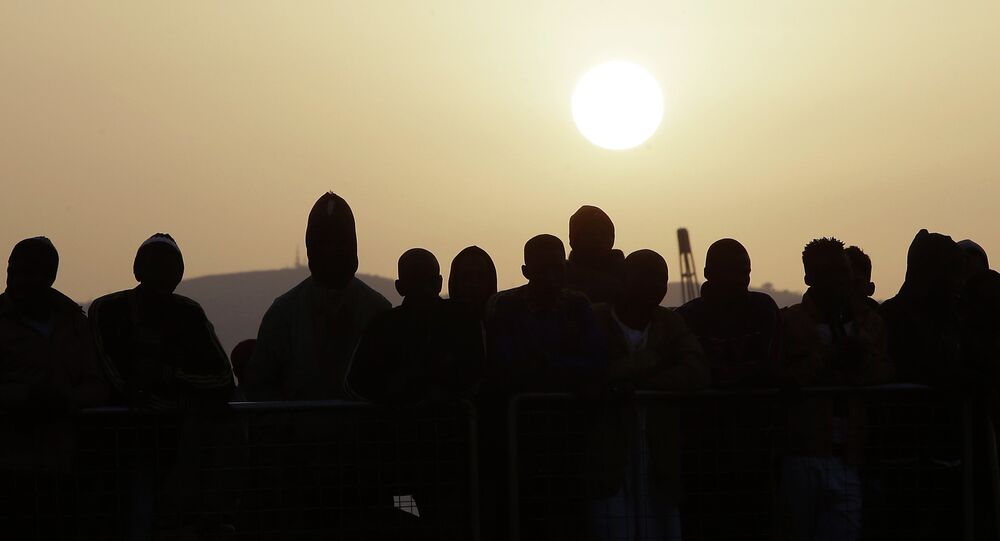 The papers detail plans to carry out military actions to destroy vessels used to transport migrants and refugees from Libya.

© AP Photo
EU Calls for Military Action to Combat Migrant Smugglers in Libya
The documents recommend caution while acting within Libyan water or ashore in order to avoid collateral damage and further destabilization in the region.

Refugees from North Africa and the Middle East are attempting to cross the Mediterranean Sea and reach Europe, fleeing violence in their home countries.

In April, some 900 refugees drowned in a single boat, attempting to cross from Libya to Italy. The scale of the tragedy and the widespread global reaction prompted the European Commission to unveil a plan for quotas to distribute refugees among member states.