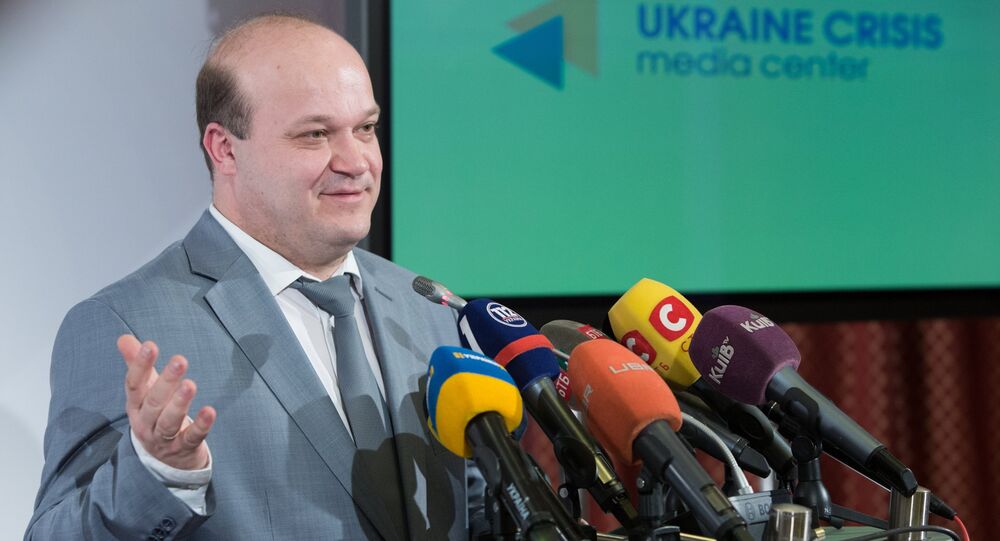 The deputy head of Ukraine's Presidential Administration has revealed a list of countries said to be hindering the ratification of Ukraine's Association Agreement with the European Union.

© Sputnik / Andrey Stenin
He is Just Not That Into You: EU Does Not Need Ukraine
Addressing Ukrainian television on Saturday, Valeriy Chaly noted that Austria, Cyprus, Greece and Italy are the countries Ukraine has to work with to speed up the ratification of the agreement.

Appearing on Channel 5, Chaly praised Ukrainian diplomacy's successes in getting 18 EU countries to ratify the agreement, but noted that  "four countries, among them Greece, Cyprus, Italy and Austria, have begun the process, but we would like it to be faster."

Chaly noted that President Petro Poroshenko is attempting to convince the authorities of these countries to speed up their work. "It was for this reason that the Ukrainian president met in Riga with the prime minister of Greece, and with the Austrian chancellor, and for this reason consistently supports dialogue at the highest level with the Italian prime minister. I can tell you that my impression is that there is hope that any external attempts to influence EU countries on this matter will not work."

© Sputnik / Vladimir Fedorenko
Czech Parliament Delays Ratification of Ukraine-EU Association Agreement
18 countries have ratified the EU-Ukraine Association Agreements. Luxemburg's parliament has approved the agreement, which is now waiting the signature of the president. In Germany, France, the Netherlands and the Czech Republic, one house of parliament has ratified the agreement. Earlier this week, the Czech parliament postponed the ratification of the agreement until mid-June, after the Communist fraction vetoed the discussion on ratification from the session's agenda. The party argued that "the current government of Ukraine has no credibility among the Czech Communists," citing political persecution of Kiev's opponents, including its war-torn eastern territories.

In addition to Austria, Cyprus, Greece and Italy, Belgium too is presently still preparing for parliamentary ratification of the Association Agreement, signed in November 2014