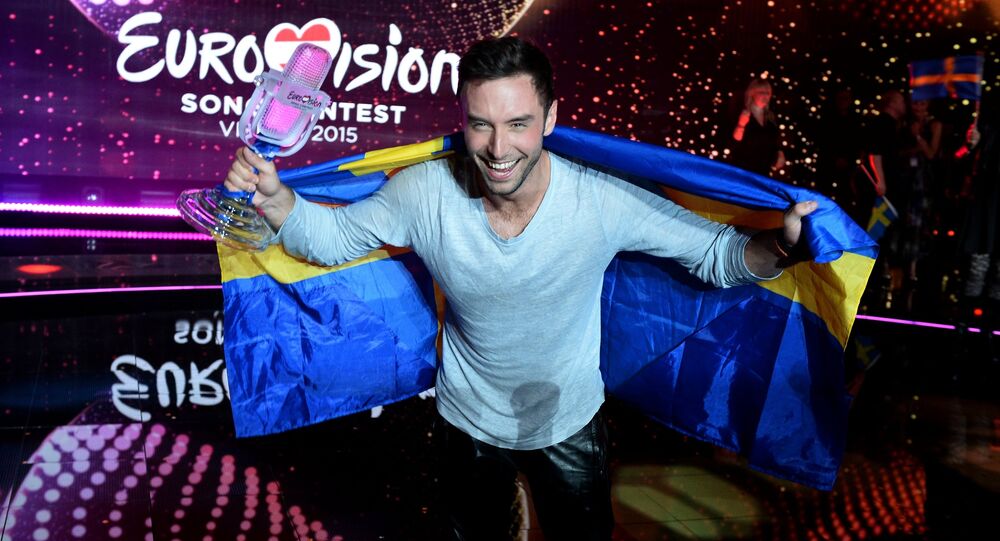 A total of 27 countries competed in the Eurovision final, which took place in Austria's capital Vienna on Saturday night.

Gagarina's "A Million Voices" was written by an international team of songwriters from Russia, Sweden and Germany.

YouTube
He Takes It All: Swedish Sign Language Interpreter Overshadows Eurovision Contender
Speaking in an interview aired on Russia's Channel One after the Eurovision final was over, Zelmerlow praised the Russian singer's Saturday performance, saying he "definitely" wanted to visit Russia.

Austria was chosen to be the event host country for Eurovision this year after its contestant Conchita Wurst won the 2014 competition with her song "Rise Like a Phoenix." It is the second time since 1967 that Vienna is hosting the event.

Winning the Eurovision contest has become a matter of national pride for millions across Europe since the annual song contest was first held in 1956.

In 2008, Russia's Dima Bilan won Eurovision with the song "Believe," bringing the large-scale musical event to Moscow the following year.