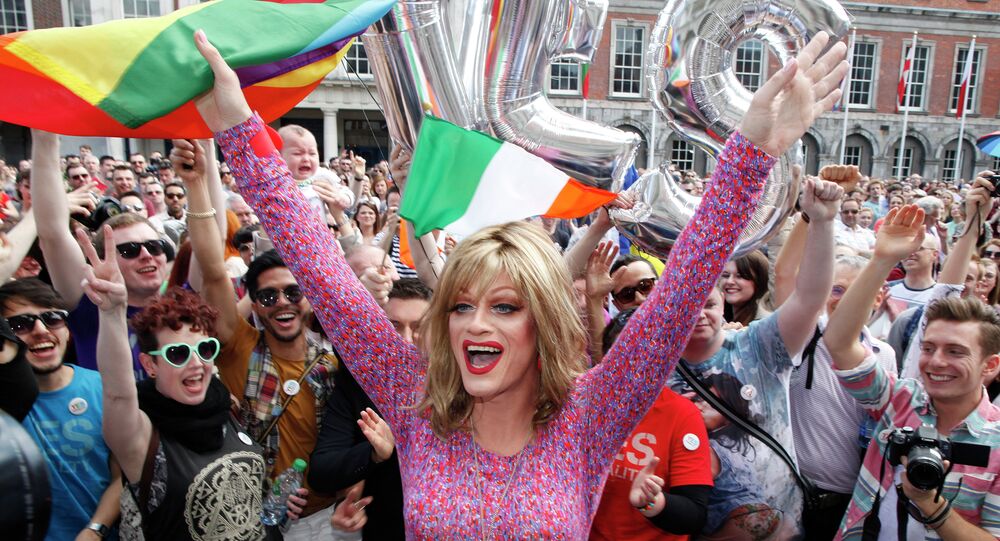 The heavily Catholic nation of Ireland has become the first country in the world to recognize same-sex marriage through a popular vote.

Ireland is a nation known for its number of Catholics and the laws that such Catholic influence has created. Ireland outlaws abortions and outlawed gay marriage by constitutional decree. Homosexual acts were even only criminalized just two decades ago.

It looks like there has been an overwhelming vote for marriage equality in Ireland. pic.twitter.com/btFF84QzmO

However, in a national referendum, Ireland has overturned that prohibition making the nation the first in the world to legalize gay marriage by a popular vote. Given that this required a constitutional amendment, it was not seen as an easy move but pro-choice activists won the fight a surprisingly comfortable margin.

Voters were simply asked whether they agreed or disagreed with the statement: "Marriage may be contracted in accordance with law by two persons without distinction as to their sex."

More than 62% voted in favor of allowing Irish gay and lesbian couples to marry.

Civil partnerships for same-sex couples have been legal since 2010 which provided legal protections to those couples but marriage has long been seen as a religious institution in Ireland.

The on the referendum debate has been framed as a litmus test of just how much the demographics of Ireland has changed and just how traditionally Catholic the population is.

An official 1,201,607 people voted in favour of amending the constitution, while 734,300 voted against legalizing same-sex marriage. Only Roscommon-South Leitrim, a mostly rural community, had a majority of "no" votes out of Ireland’s total 43 constituencies.

Leo Varadkar, Ireland’s Minister for Health who came out as the country’s first openly gay minister, said the results show the "traditional cultural divide" between rural and urban areas has evaporated.

"This is really Ireland speaking with one voice in favour of equality," he told Irish broadcaster RTE.

Diarmuid Martin, Catholic Archbishop of Dublin, said “the church needs to do a reality check," noting that the legalizing same-sex marriage appeared to be popular among young citizens.