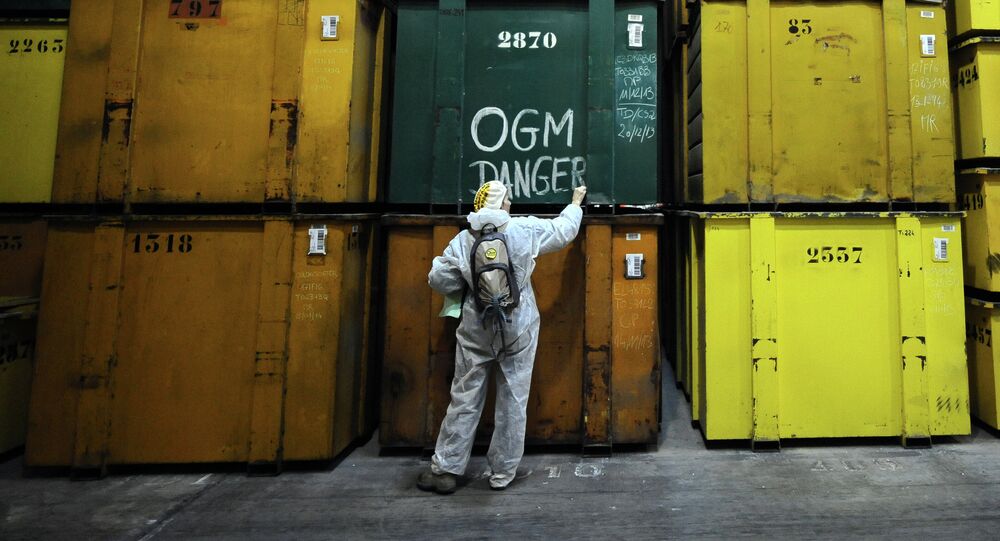 Four French cities joined the global march against the US agri-business giant Monsanto.

© AFP 2020 / RAJESH JANTILAL
African Nations Join Global March Against GMO Giant Monsanto
MOSCOW (Sputnik) — At least four French cities joined the global march against the US agri-business giant Monsanto on Saturday that will ostensibly draw up to 450 cities around the world.

Protesters gathered in the small commune of Peyrehorade on the southwestern tip of France, where one of Monsanto's nine plants is located. A video posted by one of the event's participants depicted dozens of activists beat their drums outside the corporation's fences as its security guards looked on.

RT's Lizzie Phelan reported in Melun, a town some 35 miles southeast of Paris, demonstrators were given organic seeds produced by a collective in the run-up to Saturday's march.

In response to questions about protesters' allegations, Monsanto Company spokeswoman Charla Lord told Sputnik that people are free to express their opinion. She added that the company is committed to "making a more balanced meal accessible for everyone."