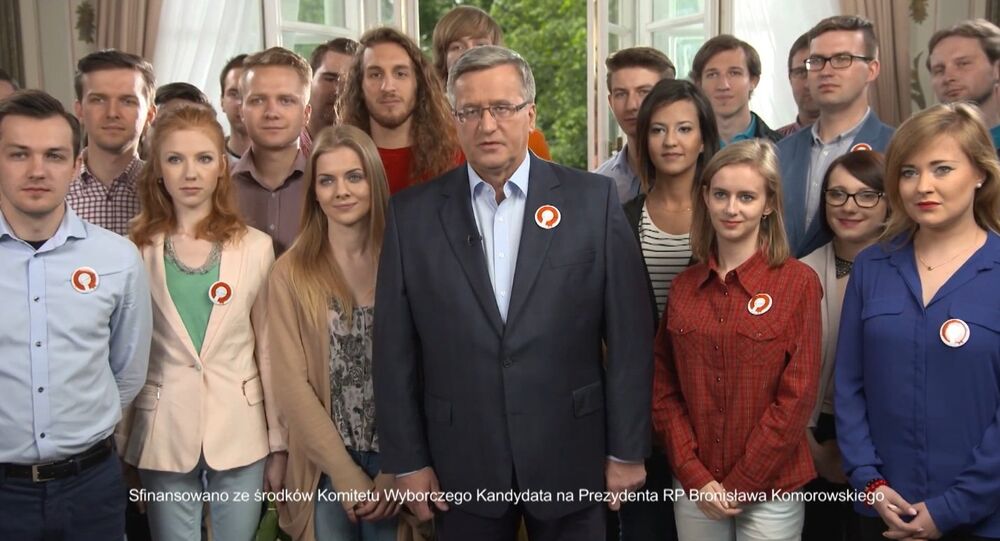 Everyone knows that political campaigns can be a dirty business, filled with empty promises and half-truths, but recently, Polish media and social media users appear to have caught President Borislaw Komorowski in an outright lie, accusing him of fibbing in a TV spot released ahead of this Sunday's run-off elections for the presidency.

In the spot, featuring the president surrounded by young supporters, Komorowski stated that he was minister of defense when Poland entered NATO. "We entered NATO when I was Defense Minister," the president, whose speech focused on the creation of a 'strong, independent and tolerant Poland', noted.

However, Poles quickly pointed out that when their country formally joined the defense organization in March 1999, Komorowski was actually only the chair of the parliamentary committee on national defense. He did not become the minister of defense until June 2000, under the government of Jerzy Buzek, and held the position until October 2001, before returning to committee on national defense.

"Borislaw Komorowski in a TV spot: "We entered NATO when I was Defense Minister." That was on March 12, 1999. Komorowski became the minister a year later."

While the TV campaign lie has put the president on the spot, it's not the first time he's been accused of lying this week. On Thursday, Dr. Zbigniew Kuzmiuk, a Polish MEP from the Polish People's Party, accused Komorowski of "vulgar lies," over the president's recent comments blaming the opposition Law and Justice Party for the closure of shipyards in Dzczecin, Gdynia and Gdansk. Noting that the shipyards' closure remains an "economically and socially sensitive" topic, Kuzmiuk pointed out that the decisions to end state support for the shipyards were made while Komorowski served as the Speaker of the Sejm, the second most powerful position in the country.