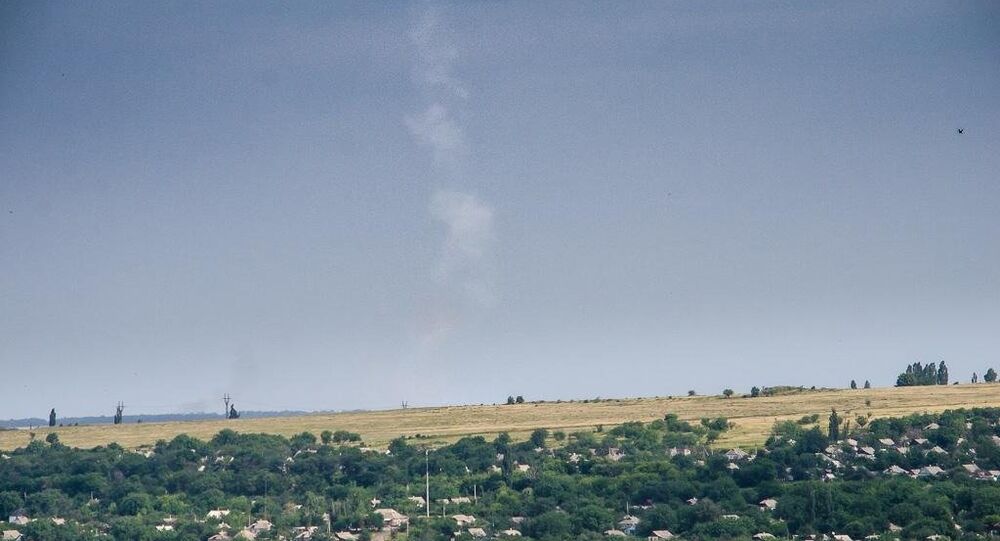 An investigation carried out by a Dutch blogger has found that the two photos circulated on social networks shortly after the MH17 crash, which purport to show a trail of smoke in the sky from a missile launcher, are fakes.

© Sputnik /
New Report Claims Buk Missile Deployed by Kiev's Forces Downed MH17
Dutch blogger Max van der Werff has claimed that the photos purporting to show a smoke trail from a BUK missile launcher shortly after the MH17 plane was shot down over eastern Ukraine in July last year, are fraudulent, after carrying out an investigation in Donbass, where the photos were allegedly taken.

How a vapor-trail of a BUK looks and how it matches #MH17 hit. Stop coming with new excuses http://t.co/kVxWGaciDU pic.twitter.com/vFK2dYGiuU

The 'vapor trail' photo surfaced on social media in the immediate aftermath of the crash on July 17 last year, having been taken by an anonymous photographer. The image gained traction in a range of media outlets, which cited it as evidence that the plane was shot down by a BUK missile launcher, being operated by pro-independence rebels in the east of Ukraine.

Van der Werff, who traveled to the building in Donbass from which the image was allegedly taken, wrote the results of his investigations in a blog post on Wednesday. According to the blogger, who took footage of the roof from which the anonymous photographer claimed to have taken the picture, the image is fraudulent, since the view from the roof does not match that of the photo.

Van der Werff's conclusions also correspond with other doubts over the veracity of the photos, raised because of the relatively clear weather conditions shown on the photo do not match those reported on the day of the crash, which was overcast.