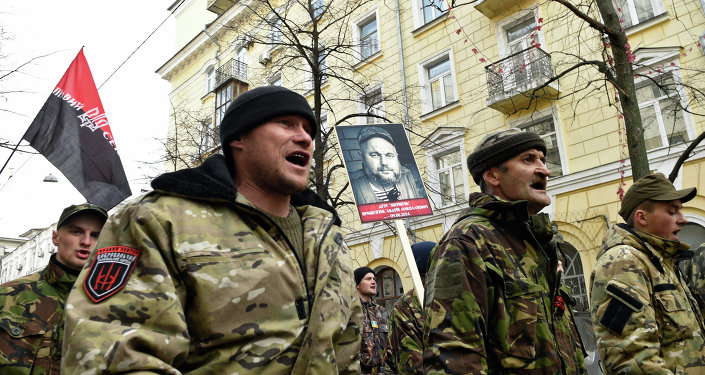 "I met with command of OUN – Nikolai Kokhanivsky and fellows. We agreed our positions on cooperation at foreign and domestic fronts. So, to the victory! Glory to Ukraine!" he wrote.

© AFP 2019 / SERGEI SUPINSKY
Right Sector Nationalist Group Likely to Join Ukrainian Army Soon
According to him, the bills "On the Ukrainian Volunteer Corps" and "On arms" will be brought up for public discussion.

In November 2014, Russia’s Supreme Court blacklisted Right Sector and the Ukrainian Insurgent Army (a separate militant wing of OUN) as an extremist organization and banned it in Russia. Earlier, Russia launched a criminal case against Yarosh for public incitement of terrorism.