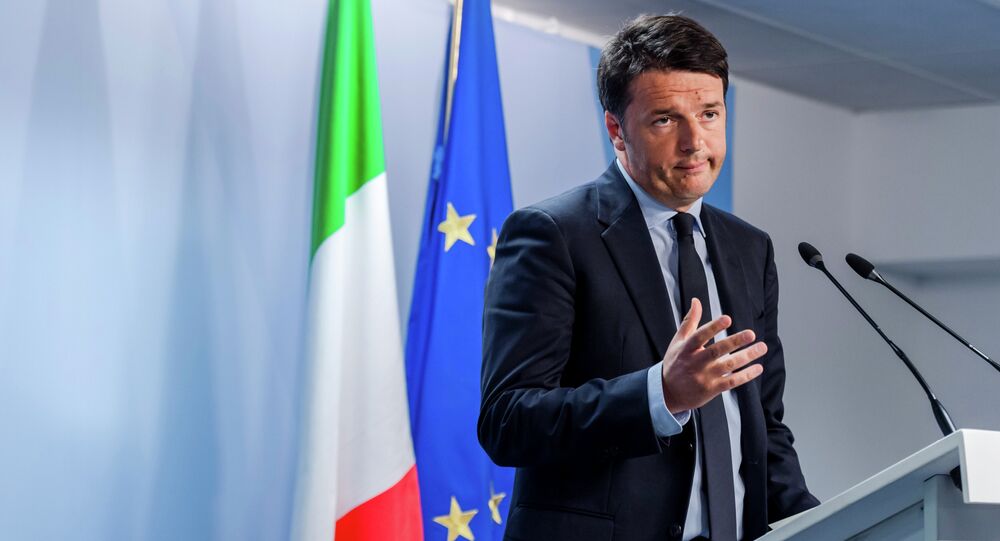 In the wake of rejection by many EU countries to adopt a quota system for asylum seekers rescued from the Mediterranean Sea, Italy's Prime Minister has announced plans to recover hundreds of bodies from the water to confront European ministers with the severity of the situation.

"We will go to the bottom of the sea and recover that boat," Italian PM Matteo Renzi told reporters.

That boat was carrying up to 700 migrants, according to the Italian coastguard. The 20 meter long vessel capsized in Libyan waters, south of the Italian island of Lampedusa — only 28 people were rescued.

The deaths of hundreds of migrants in the Mediterranean prompted calls for an extraordinary EU summit. Italy's Prime Minister said it was a "European tragedy."

The UN refugee agency, the UNHCR, said the sinking could amount to the largest loss of life involving a migrant crossing to Europe. The Italian PM said:

"There are 500 to 600 bodies down there. The world has to see what happened. I want those who are being cunning and pretending not to see, to stop."

Renzi is referring to the rejection by many EU member states, including Britain and France, to adopt a quota system for taking in asylum seekers on their shores, shaming them into action.

The EU emergency resettlement program, proposed by the European Commission states that "the EU needs a permanent system for sharing the responsibility for large numbers of refugees and asylum seekers among member states."

Britain's Home Office, however, has said it will refuse to accept any refugees under the program:

The UK has said it will help with the humanitarian mission to rescue migrants — but once rescued, the migrants will be taken to the nearest country to be processed. The European Commission argues that quotas are essential to solving the problem in what's now known as the Mediterranean graveyard.

Nigel Farage on asylum for Mediterranean migrants: "We must not allow our compassion to imperil our security." #R4today

Italy, Greece, Cyprus and Malta currently bear the burden of the increasing numbers of migrants fleeing war and poverty in Africa and the Middle East.

"Europe cannot just say — 'out of sight, out of mind'," said Renzi, as well as stating that the cost of rescuing the boat from the depths of the Mediterranean would cost between 15 and 20 million euros.

"I hope the European Union will pay, otherwise we will."

The conditions of the 700 people on board were revealed in images filmed by a navy submersible. Men, women and children were packed below the deck. It's expected that as many as 600 bodies could be recovered.

Germany has backed the plans for the 28 member states to share the burden and relieve countries like Greece, Italy and Malta. Meanwhile, French President Francois Holland has said there was "no question" of migrant quotas in Europe.