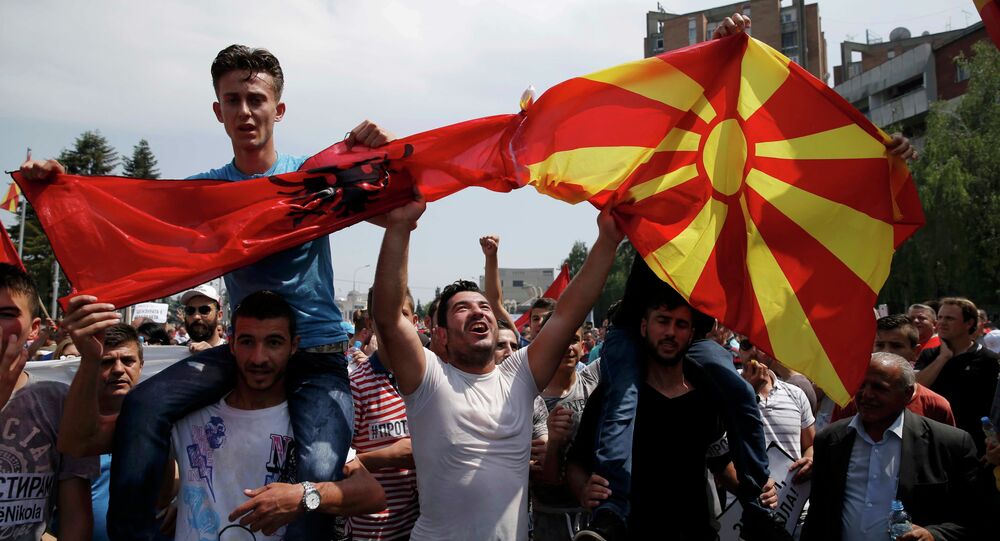 Dozens of members of the Macedonian opposition party have spent a second night in a tent camp just outside a government building in the country's capital of Skopje, a RIA Novosti correspondent reported Tuesday.

On Monday, a mass pro-government rally took place less than a mile away from the opposition camp. According to local media, the event was attended by some 90,000 people. After that, the camp was placed under enhanced protection by Macedonian police.

No incidents have been reported.

© REUTERS / Ognen Teofilovski
Macedonia Led to 'Color Revolution' by West - Russian Foreign Ministry
After an anti-government demonstration on Sunday, Zaev called on his supporters to stay by the government building until the Cabinet resigns. The opposition politician demands the creation of a transitional government and early parliamentary elections.