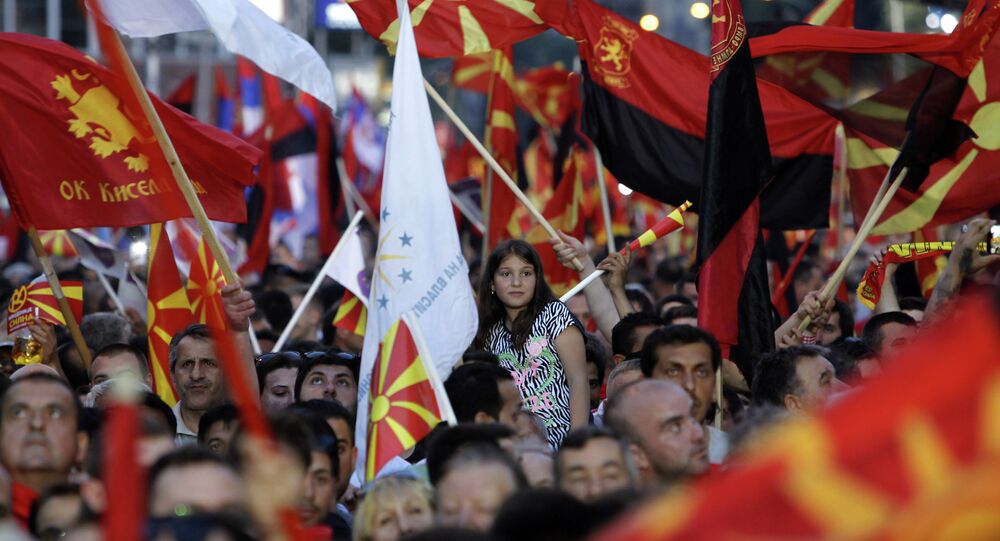 According to reports, over 90,000 people participated in a rally in the Macedonian capital Skopje to support Prime Minister Nikola Gruevski and to protest Sunday's anti-government rally organized by opposition leader Zoran Zaev.

Zoran Zaev is demanding the resignation of the current government, accusing it of corruption and deepening the economic crisis within the country. The opposition leader insists on the creation of an interim government and a general election. About 50,000 people spent Sunday night at a tent camp on Skopje’s main square to support Zaev.

Nikola Gruevski said he will not quit his post and accused Zaev of attempting a coup.

On Monday, Zaev, Gruevski and leaders of two Albanian parties failed to come to an agreement during talks to resolve the disagreements between the prime minister and the opposition leader.