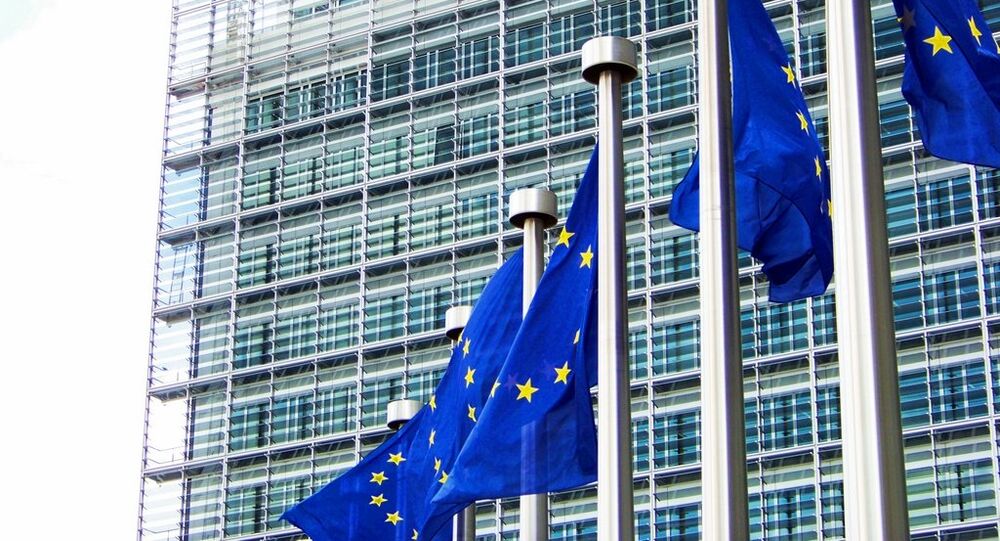 The EU is increasingly becoming weaker and unable to control processes taking place on its soil. The European continent is becoming a playground for two major powers – the US and Russia – which seek to expand their influence in the region.

The EU is no longer able to control processes taking place on the European continent as its policy is dictated by the US-led NATO, and its governments are mere audience members, Deutsche Wirtschafts Nachrichten reported.

According to the newspaper, Angela Merkel’s government is weakened because of the spying scandal, while the EU itself is no longer a community of values, but a purely economic community, in which all parties are trying to balance their respective egoism.

© Sputnik / Vladimir Pesnya
Natural-Born Allies: Is It Time for a Thaw in Relations Between Russia and Europe?
The EU is helpless when conflicts emerge on European soil. Be it Greece, Ukraine and Macedonia, the EU governments proved unable to make efficient decisions and are acting as observers.

This is, for instance, true for the conflict in Ukraine, where the US forced European governments to impose economic sanctions against Russia, one of the most important trading partners for many EU countries.

Now, the EU has to pay twice. On the one hand, European businesses suffer significant losses because of the Russian counter-sanctions. On the other hand, European taxpayers have to finance new loans to keep Ukraine’s economy afloat.

© REUTERS / Joshua Roberts
Sochi Talks: Russia, US Aspire to Resolve Key Global Problems Together
According to the newspaper, the EU is becoming a playground for the two big players – Russia and the US, which are trying to expand their respective spheres of influence in the region. Europe is a huge energy market where the US wants to export their fracking technology and Russia seeks to secure its gas exports.

It is unlikely that the two opponents will have a monopoly, but even without it, both can earn good money, the article said.

Thus, the newspaper wrote, US official Victoria Nuland’s scandalous statement "F**ck the EU" seems to have become a reality. This negative tendency is, however, the logical consequence of the EU's contradictory development, which results from the paradox of overconfidence and internal disunity inside the community, DWN reported.