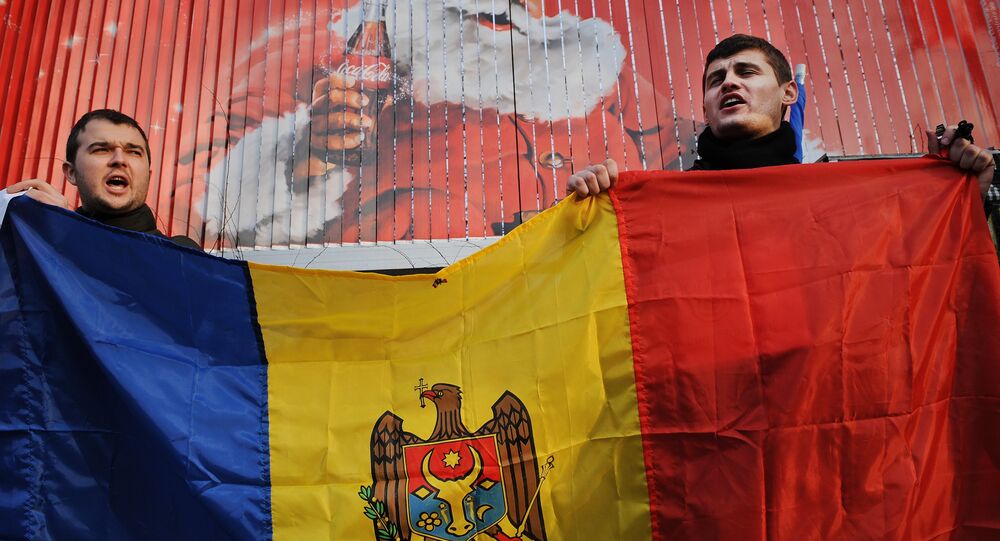 Up to 3,000 people took part in rally in support of Moldova's reunion with Romania.

© Sputnik / Valery Melnikov
Moscow Slams ‘Discriminatory’ Treatment of Its Journalists in Moldova
CHISINAU (Sputnik) — A mass rally in support of Moldova's reunion with Romania took place in the Moldovan capital, Chisinau, on Saturday.

Up to 3,000 people took part in the unionist rally, as estimated by Moldovan police, that was organized by the Actiunea 2012 (translated as Action) movement, which combines the two countries' non-governmental organizations.

George Simion, the movement's leader, was detained on Wednesday and issued a five-year deportation note by the Moldovan authorities for alleged activities against the constitutional order of the state. As a dual citizen, Simion was escorted by authorities to the western border checkpoint of Leuseni and declared persona non-grata in Moldova.

Demonstrators marched through the center of Chisinau carrying Moldovan, Romanian and EU flags along with pro-unity posters with slogans reading "Greater Romania — Old Borders" and "Bessarabia is Romania."

© Flickr / Myfuture.com
Moldova Looks for Missing $1 Bln
Outside the Russian embassy, picketers sang the Romanian national anthem and demanded the withdrawal of Russian troops from the breakaway Moldovan region of Transnistria.

Saturday's march was timed to coincide with the 203rd anniversary of the Treaty of Bucharest between the Russian and Ottoman empires. A narrow territory between the Dniester and Prut rivers to the east and west was transferred to Russia under the deal that ended the 1806-1812 Russian-Turkish war.

A number of Romanian and Moldovan politicians consider this strip of land, part of the greater region historically referred to as Bessarabia, as Romanian territory.