A Week After Germany Surrendered, the Last Major Battle of WWII Ended

Yugoslav Partisans faced off against a group of 30,000 Wehrmacht soldiers and Nazi collaborators in the last major battle of WWII, a week after Germany surrendered.

A week after Nazi Germany officially surrendered on May 8, 1945, the last major battle of World War II in Europe finally ended.

The Battle of Poljana in modern-day Slovenia took place over two days from May 14 to the morning of May 15. In the battle, Yugoslav Partisans fought over 30,000 Nazi collaborators and Wehrmacht troops who were attempting to escape to a British-controlled part of Austria but ran into a Partisan outpost.

The Nazi collaborators were a mix of Croatian, Slovenian, Montenegrin and Serbian fighters. The Serbian/Montenegrin Chetniks and the Croatian Home Guard previously fought a battle of their own as the Chetniks fled the Partisan advance. 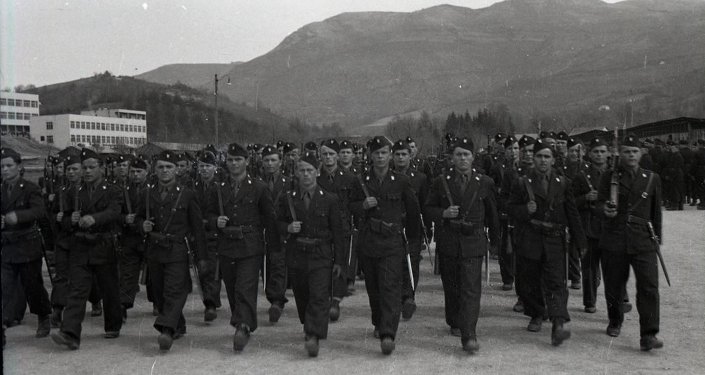 © Wikipedia /
Croatian President Pays Tribute to Pro-Nazi Collaborators
The battle began on the afternoon of May 14, after Yugoslav Partisans refused to let the forces through. The fighting lasted through the night and ended in the morning, when British forces arrived.

The British forces refused to allow the Nazi forces passage into Austria and the group ended up surrendering to the Yugoslav Partisans on the afternoon of May 15, 1945.