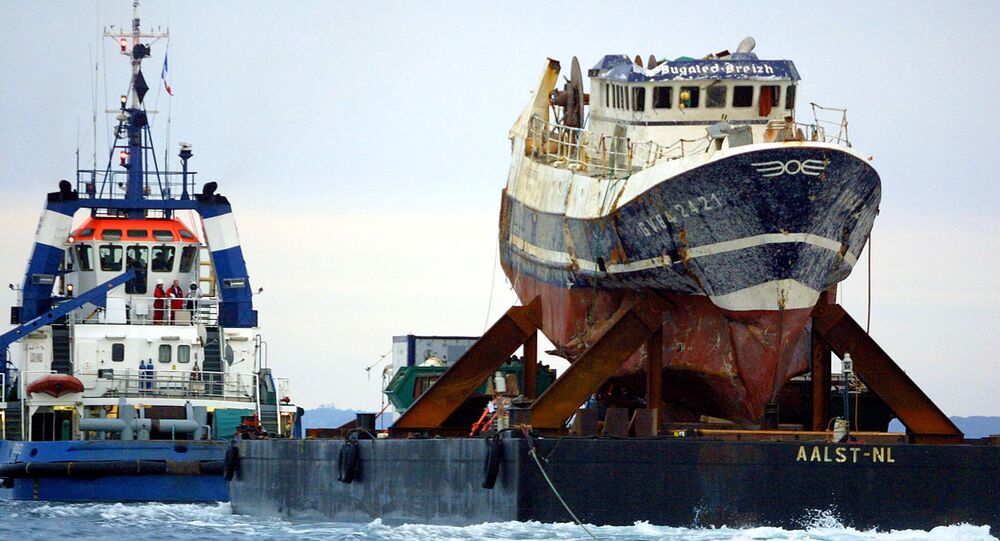 A French court has decided to close the case of the Bugaled Breizh, a French trawler which suddenly capsized off Britain's Lizard Point in the Channel more than eleven years ago, killing all five crewmembers on board.

The case of the mysterious shipwreck of the French trawler Bugaled Breizh has been closed by a French court, in a decision that drew fire from relatives of the shipwreck's victims; they point the finger at a NATO submarine which they claim is to blame for the trawler's sinking, news reports said.

Relatives believe that the Bugaled Breizh was allegedly dragged underwater after a submarine became snagged in the trawler's nets. In 2007, traces of titanium, which is often used in the hulls of submarines, were reportedly found on the Bugaled Breizh's cables.

However, an appeals court in the western French city of Rennes confirmed the closure of the case, saying that it is still unclear why the fishing boat sank.

Even though the sinking occurred in broad daylight in relatively calm seas off Britain's Lizard Point, the circumstances of the tragedy have never been fully explained.

French authorities, for their part, insist that the sinking was probably caused by a cable snagging on the sea bed.

In 2013, the authorities ruled out the so-called submarine theory, proceeding from the assumption that a day before the Bugaled Breizh sank, NATO's naval drills took place in the area of the trawler's sinking.

The tweet reads:"4 submarines near the Bugaled-Breizh on the day of its sinking."

Rejecting the theory, the authorities claimed that neither the Royal Navy's HMS Turbulent nor any other submarine was involved in the shipwreck.The US, in turn, has repeatedly denied that they had a nuclear-powered submarine in the area at the time.

© REUTERS / Max Rossi
Costa Concordia Cruise Liner Ex-Captain Sentenced to 16 Years for Deadly 2012 Shipwreck
The theory of the Turbulent's alleged involvement in the sinking is supported by French author Yann Queffélec. In his book titled "On l'appelait Bugaled Breizh", he specifically points to British authorities keeping mum on the Turbulent' participation in the NATO drills in the area where the trawler sank.

Additionally, he cites repair works on board the Turbulent a day after the Bugaled Breizh's shipwreck and the Turbulent's captain's appetite for drinking, which repeatedly led to his ship colliding with other vehicles.