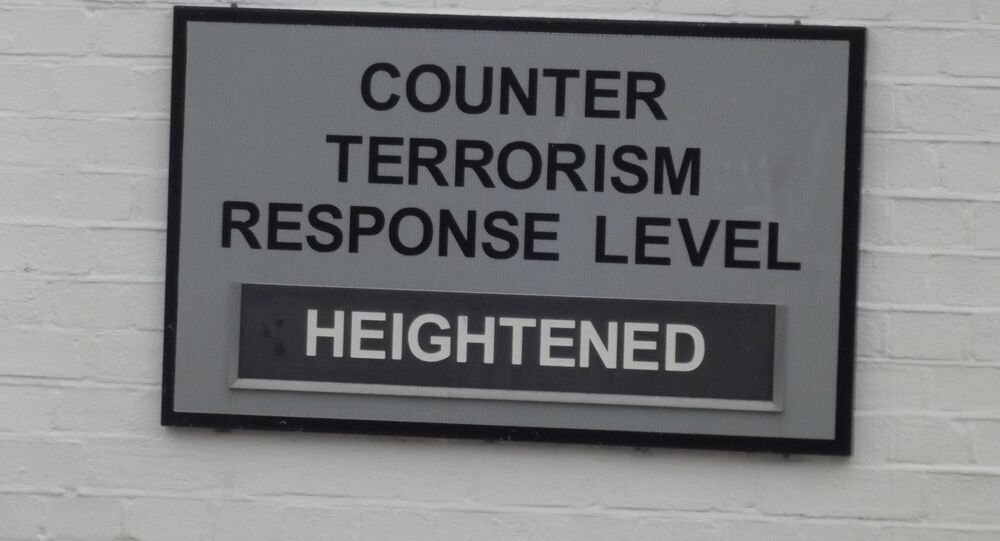 A suspected terrorist is arrested every day in Britain. More than 700 British born extremists have traveled to Syria to join the Islamic State; half of them, according to Scotland Yard, are already back on British soil.

The Metropolitan Police Assistant Commissioner for specialist crime and operations, Mark Rowley, said: "ISIL and other terrorist groups are trying to direct attacks in the UK, encouraging British citizens to travel to Syria to fight and train, and are seeking, through propaganda, to provoke individuals in the UK to carry out violent attacks here.

"They are not aid workers or visiting relatives, they are people of real concern that are getting involved in fighting or are supportive of it. They are potential terrorist suspects."

Over half of the Brits that traveled to Syria to join ISIS are back in Britain. Wise choice, except now ur wanted for being a terrorist.

Meanwhile, a controversial proposal allowing British police the power to vet online conversations by suspected extremists is to be fast tracked into law by British Prime Minister David Cameron.

Home Secretary Theresa May told the National Security Council: "We will introduce legislation to combat groups and individuals who reject our values and promote messages of hate.

"Signal the Tory government's intent to accelerate Britain's rapid descent into a totalitarian state in which the Muslim minority will be singled out for prosecution for 'thoughtcrime'."

Since the 9/11 attacks in the United States and the 7/7 bombings in London, anti-terrorism laws in Britain have been brought into focus. Since 2000, there have been five major pieces of terrorism legislation, often introduced in response to attacks or as temporary, emergency and preventative measures relating to anticipated events — nevertheless, remaining part of UK law.

Coming back to Britain after going to Islam to fight for ISIS? Are you sure? Should be prisoned for life and banned from this country!!!!!

The Terrorism Act was introduced in 2000 and included acts that "use or threaten violence against either people or property that are motivated by political, religious or ideological causes."

A new offence of inciting terrorism was created and police were given new powers such as Stop and Search. The Act outlawed groups such as Al Qaeda.

Two months after the terrorist attacks in New York in 2001, the Anti-Terrorism, Crime and Security Act was formally introduced and came into force in December that year. Initially, it meant that suspected terrorists could be held indefinitely, without being charged or facing trial. The powers were then replaced with control orders, placing conditions on the movement of suspects and freezing their assets and bank accounts.

The Prevention of Terrorism Act 2005 implemented the control orders and gave the government powers to restrict the actions of suspected terrorists despite a lack of evidence to charge them.

Following the July 7 bombings in 2005, the Terrorism Act 2006 was introduced, prohibiting the 'glorification' of terrorism and increasing the number of days a terrorist suspect could be held without charge — from 14 to 28.

The Counter Terrorism Act 2008 allowed terrorist suspects to be questioned after being charged and amended the definition of terrorism by inserting a racial clause. It also gave the police the powers to take fingerprints and DNA samples from people subject to control orders.

The tensions between anti-terror laws and human rights groups has increased, with David Cameron's new anti-terror law already proving to be controversial.

"The Counter Terrorism and Security Act moved us one step closer to a police state. The current set of proposals is the Orwellian nightmare with all the trappings, from vague concepts such as British values that the government manipulates to persecute its opponents, to using thoughtcrime to silence them.

"These proposals are not about keeping the UK safe, there are plenty of laws that already do that. The Conservative government is making their agenda clear: minorities that express any difference to their notions of Britishness will be silenced."