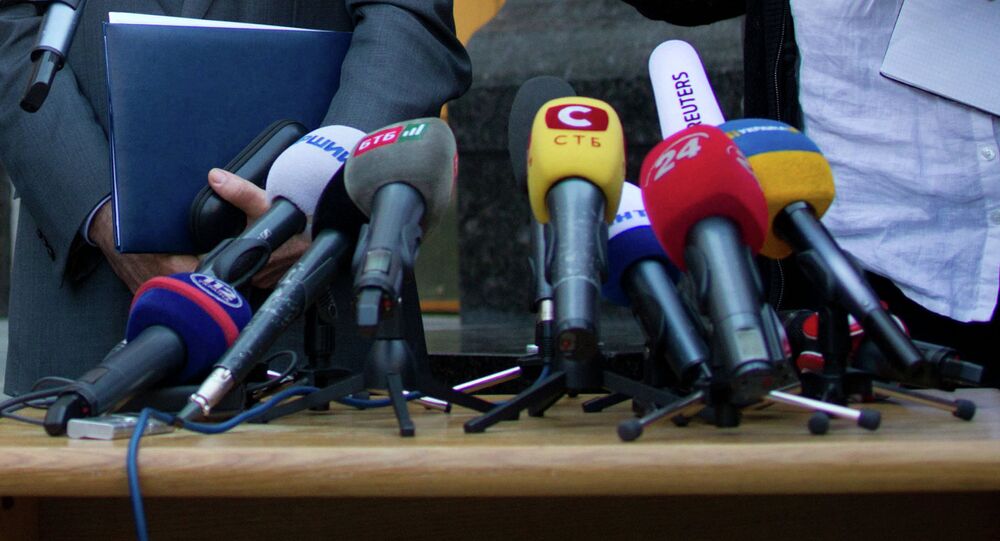 Ukraine's security forces have shut down an Odessa-based local media outlet and arrested its employees as part of a growing media crackdown.

Ukraine's Security Service and Prosecutor's Office have shut down the Odessa-based independent local news outlet Timer and jailed its chief editor Yuri Tkachov, as well as three journalists and the website's administrator, according to Ukrainian media and the outlet's Facebook page.

The shutdown follows a search of the Kiev-based Vesti newspaper's offices and the unsolved murder of Ukrainian opposition journalist Oles Buzina.

"A search is ongoing at the apartment of the Odessa internet-publication Timer Yuri Tkachov," an official in the Odessa state administration told Ukrainian media.

© AP Photo / Vadim Ghirda
Ukraine Deports Italian Journalist for Odessa Massacre Truth
The head of Odessa's police told RIA Novosti that the search is being conducted by Ukraine's Security Service, and is unconnected to local police.

According to the outlet's Facebook page, the journalists' computers, cell phones and personal notes have also been seized.

The outlet is reportedly being investigated for "conspiracy to encroach on Ukraine's territorial integrity and inviolability." The Ukrainian government has not presented any publications by the outlet that would support these charges.