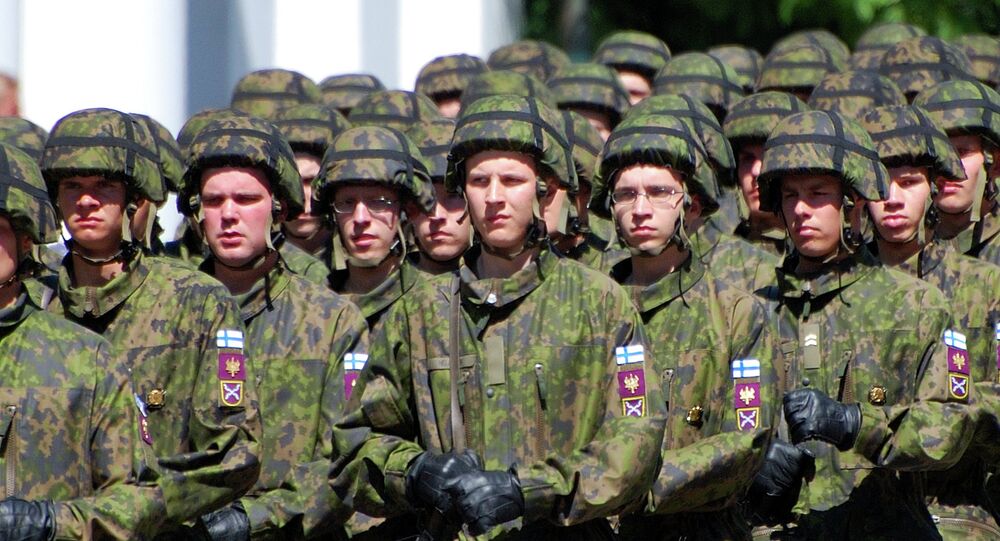 The past four months have seen an ever-increasing number of Finnish reservists asking to be sent to the country's civilian service, a charity-like alternative to military duty usually reserved for conscientious objectors and the unfit.

© Wikipedia
Finland 'Bombs' Mysterious Underwater Object Near Capital
More and more Finnish reservists are signaling their desire to be transferred to the country's civilian service; in the past four months, their number has grown more than for the whole of last year, the country's national public broadcaster Yle reports.

Finland's civilian service is a form of national service which is performed instead of conscription by conscientious objectors and those who are physically unfit to serve in the military.

It is typically performed at non-profit organizations or healthcare facilities and retirement homes. Finland’s universal male conscription obliges all men aged 18-60 years old to serve for 165, 255 or 347 days in the military, Yle reports, adding that after the end of compulsory service, conscripts continue serving as reservists.

© AFP 2021 / VALERY HACHE
Norway Starts NATO 'Dynamic Mongoose' Sub-Hunt Exercise
According to Yle, at least 300 men have already completed their compulsory service in the army, and are requesting to be transferred to the civilian services as reservists.

The military's Civilian Service Center, for its part, has made it plain that it will be unable to train and pay the growing number of new reservists using its current budget.

"It'll be interesting to see how many reservists transfer to civilian service yet this year. We have to consider if and how we can stretch our training resources so that they will suffice," Mikko Reijonen, director of the Civilian Service Center, said.

Meanwhile, at least sixteen Finnish fighter jets will reportedly take part in exercises in northern Scandinavia slated for later this month; the goal is "to learn to coordinate efforts in complicated flight operations conducted in cooperation with NATO," according to a statement by the Norwegian Armed Forces.

As for Sweden, it reportedly tripled its proposed defense budget increase before withdrawing its allegations that a Russian submarine was operating in its territorial waters. Finland, Sweden and other Nordic countries made a statement in April that the alleged "challenge" posed by Russia is a ground for increased defense cooperation.