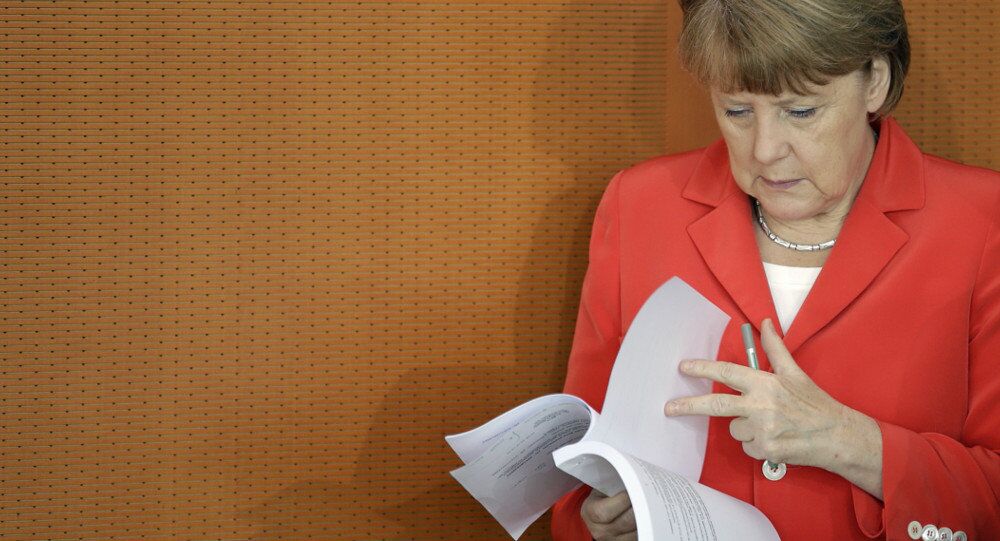 As it emerged that Germany's intelligence agency has been sending huge amounts of phone and text data to the US National Security Agency (NSA) each month, commentators have been gripped by the phrase: "Ha! Now we have the Chancellor by the short and curlies!"

The 'short and curlies' expression — "am Wickel" in German and meaning her opponents have power over her — has been seized on by commentators, following its use in a TV interview about the scandal which has seen evidence that German Chancellor Angela Merkel's government was in cahoots with the NSA, allowing its own intelligence service, the Bundesnachrichtendienst (BND), to co-operate closely.

German media have been baying for blood since it was discovered that — despite previous denials — the German Government had been complicit in the joint BND-NSA project to collect mass communications data and to spy on European politicians and companies.

Now, Merkel — who has so far enjoyed a "Teflon Chancellor" image at home and abroad — is coming under enormous pressure to come clean on what she knew about the NSA gathering intelligence in Germany, despite a so-called 'No-Spy agreement' with Washington ahead of the 2013 election in Germany.

Dear Chancellor #Merkel, being called a "Teflon Chancellor" does not really reflect personal traits to be very proud of, just so you know…

Polls show the scandal is starting to hurt popular Merkel whose office is responsible for the oversight of intelligence. Privacy is a potent issue in Germany due to extensive surveillance by Communist East Germany's Stasi secret police and also by the Gestapo in the Nazi era.

Angela Merkel grew up in Eastern Germany where people lived in fear of constant spying by STASI. Shame on her for allowing #NSA to spy on us

As Merkel grapples with her image at home, she has other problems to deal with abroad. First, she is desperately trying to use her influence to save the euro in the face of a Greek Exit. Talks between the German-based European Central Bank, the European Commission, the International Monetary Fund and Greece have ground to a halt — largely over strategy disagreements.

Merkel is faced with a domestic audience who are willing for Germany to once again join in another bailout. She will lose face if she agrees to concede any more to Athens. But she will be damned if she does, if she believes it is the only way to prevent a Grexit, which would do lasting damage to confidence in the euro as a currency.

Second, she is leading — alongside France's Francois Hollande — the talks with Russia's President Vladimir Putin over Ukraine, the Minsk agreement and the sanctions. Merkel has enjoyed a close relationship with the Russian president, both having ties with East Germany and sharing the language. Merkel is fighting to hit the re-start on Russian-European Union relations, but is fighting pressure from the US and NATO to be tough on Moscow.

Finally, she also has the UK's membership of the EU to deal with. She will be central to any agreement with UK Prime Minister David Cameron to give powers back to London and reform her beloved European project, while remaining true to its original concept and purpose to become a political union.

With all this on her plate, her Teflon Chancellor image is beginning to fade as scratches are beginning to show. She has much to deliver both at home and abroad, but the Germans are starting to talk about trust. If Merkel lied to them over the spy scandal, her political value could fall faster than the Greek deficit.