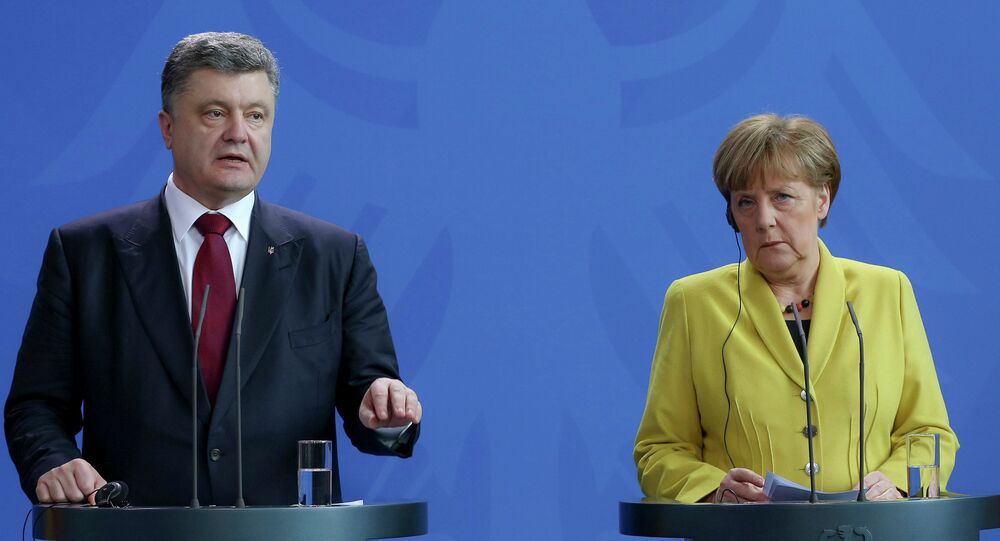 © Sputnik / Mikhail Palinchak
Kerry, Poroshenko Discuss Sochi Talks in Phone Conversation
The two leaders plan to discuss the situation in eastern Ukraine and the fulfillment of the Minsk agreements on bringing an end to the Ukrainian crisis.

They will also discuss the economic and financial situation of the country, as well as Ukrainian reforms, according to the announcement.

During a visit to Moscow on Sunday Angela Merkel met with President Vladimir Putin as part of events marking the 70th anniversary of the Soviet victory over Nazi Germany in the Great Patriotic War.

“We need to work together tackling complex issues, such as the one we have today, and seek diplomatic solutions to the problems at hand,” Merkel said upon her arrival in Moscow.

“I am glad we have an opportunity to discuss our bilateral relations, relations between Russia and the EU and, of course, the developments in and the territorial integrity of Ukraine”, the German leader added.

Merkel, Poroshenko to Hold Talks in Berlin May 13