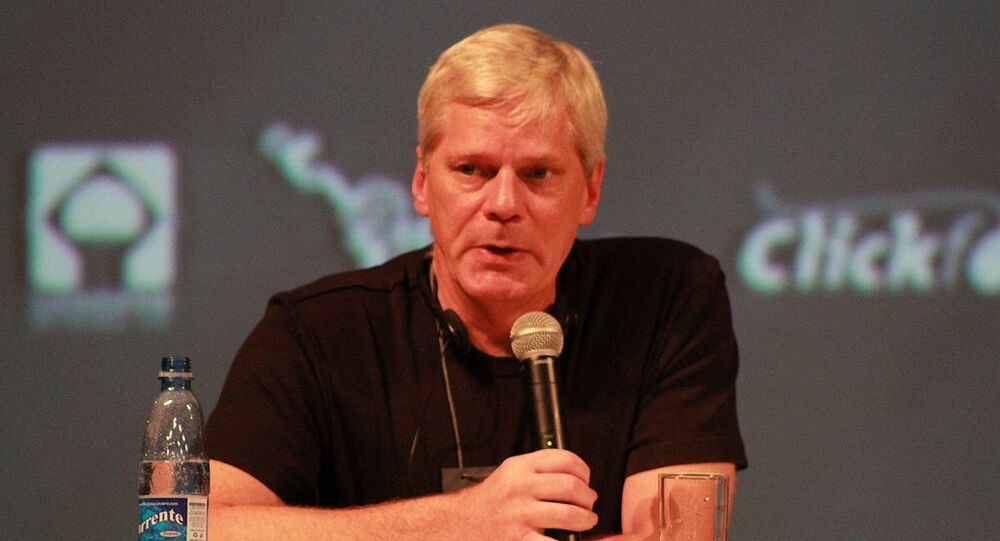 The decision of the Swedish Supreme Court to uphold the detention warrant of WikiLeaks founder Julian Assange is not the end of the battle for justice, but one of numerous hurdles on the way, WikiLeaks spokesman told Sputnik Tuesday.

“This is being digested by the lawyers,” Kristinn Hrafnsson told Sputnik commenting on the Supreme Court’s decision. “At this point reaction to this has not been decided, but obviously this is not the end of the fight, this is just one hurdle in the battle to get Julian out of the situation he is in.”

Hrafnsson stressed that under international law Assange has the right to enjoy the asylum granted to him by Ecuador.

© AP Photo / Kirsty Wigglesworth
Swedish Prosecutors Prepare to Question Assange in London - Lawyer
In February, Assange filed an appeal to the Sweden’s highest court in an attempt to persuade Swedish prosecutors that severe limitations of freedom equaled a deprivation of liberty under the European convention on human rights.

Assange, an Australian national, has been wanted for alleged sexual assault in Sweden since 2010. He has denied the claims and is currently staying at the Ecuadorean embassy in central London, facing detention and extradition to Sweden if he steps outside.

From Sweden, he risks further extradition to the United States, where he is wanted for the disclosure of secret government documents.

Assange launched the WikiLeaks website back in 2006 and has since served as its editor-in-chief. WikiLeaks has released thousands of classified documents from countries across the world, most notably the United States.