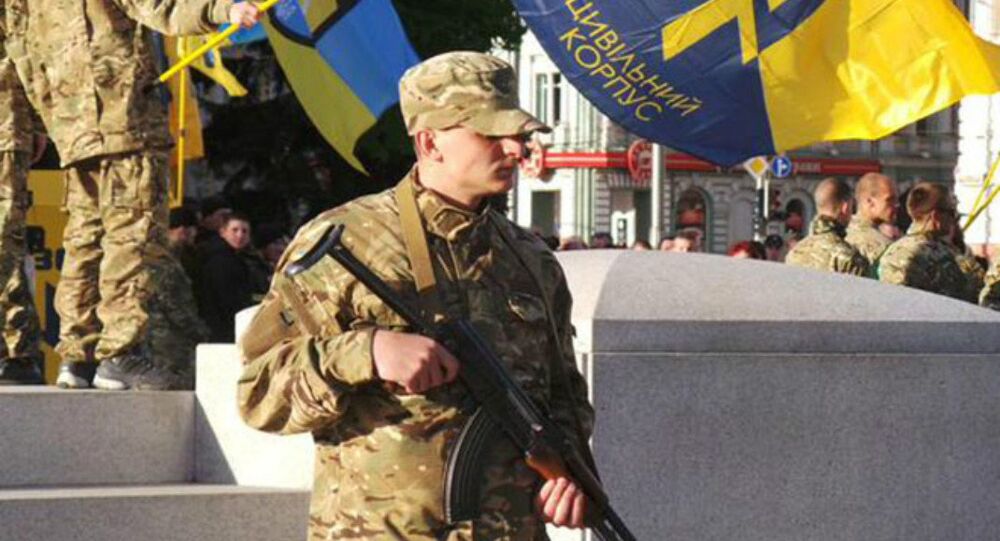 Who would be surprised to see people shooting at a building while laughing, especially if these very same people have posed with Hitler portraits?

A man dressed in the infamous Ukrainian Azov regiment uniform had a blast delivering heavy machine gun fire at a residential building in Eastern Ukraine.

The purported Azov fighter yelled that he would "hit separatists" and opened fire on a block of flats with a DShK — a heavy machine gun delivering 12.7 mm cartridges.

After a string of gunfire, the shooter expressed his pleasure while using profanity.

The "firing range" was organized on the outskirts of Mariupol — the city Azov claims to be protecting.

The volunteer Azov regiment (earlier a battalion) was formed in May 2014, and has been widely slammed as a magnet for neo-Nazis. Its emblem mirrors that of Nazi German units, including the SS Panzer Division.

This formation is registered in the ranks of Ukraine's Interior Ministry.