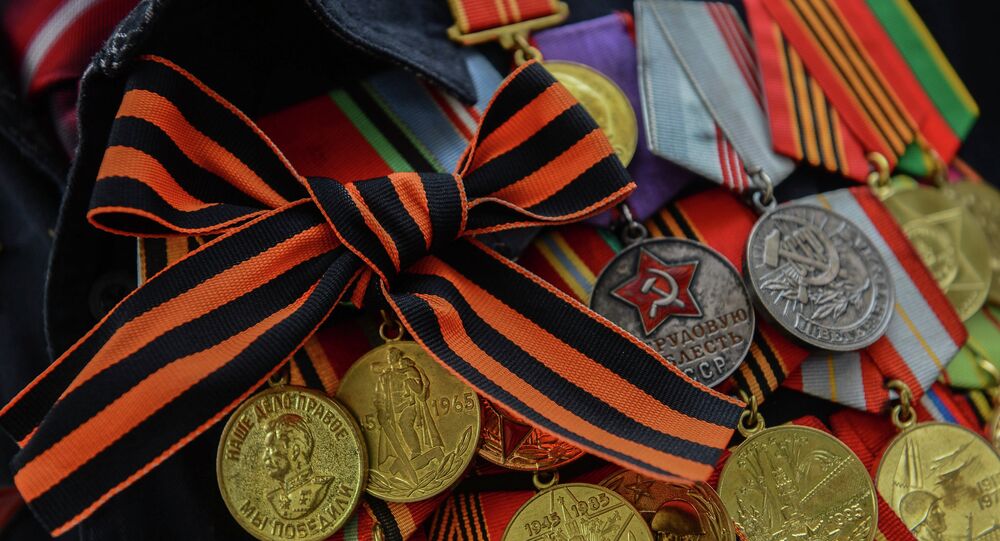 People in Russia and over 220 other countries wear orange ribbons with three black stripes prior to and during Victory Day events as a reminder of the Soviet people's victory in the Great Patriotic War and of the appreciation felt for the veterans who defeated Nazism.

KIEV (Sputnik) — The adviser to the Ukrainian Interior Minister is planning to introduce a bill calling for a ban on wearing St. George ribbons, a symbol of Soviet victory over Nazism in WWII.

“Next week, I will introduce a bill on banning public use of St. George ribbon as a symbol of Russian aggression against Ukraine,” Anton Gerashchenko wrote on his Facebook page.

© Sputnik / Alexander Vilf
Man Wearing St. George Ribbon Beaten in Lviv
Gerashchenko suggested introducing a 5,000-Ukrainian hryvnia ($240) fine as a punishment for all those who violate the law. For the second violation a perpetrator will be detained for 15 days, according to the adviser.

In early April, the Ukrainian parliament passed a bill to ban propaganda and symbols of Soviet and Nazi regimes.