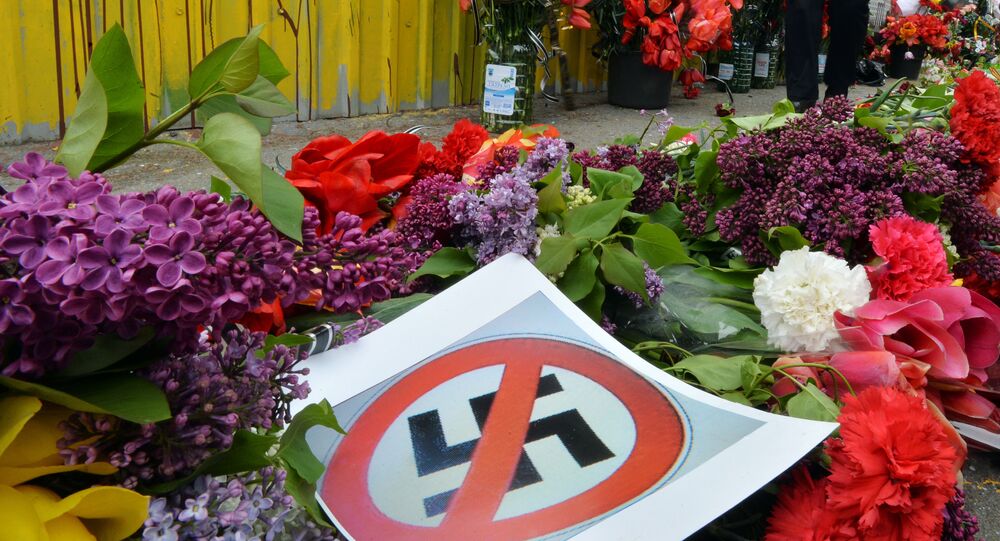 The Foreign Ministry of the Czech Republic has reprimanded a diplomat's recent 'revulsive' and 'morally unacceptable' comments regarding the May 2 House of Trade Unions Massacre in Odessa, a spokesman for the ministry told press on Saturday.

© Photo : Odessa-media
German Newspaper Slams Kiev's Twisted Version of Odessa Massacre
Late last month, energy policy envoy Vaclav Bartuska made some highly insensitive commentary in the Czech news hub Neovlivni.cz, justifying the slaughter of dozens of unarmed civilians in Odessa's House of Trade Unions building on May 2, 2014, stating that peace could be guaranteed only in those instances where independence supporters were killed quickly.

"If they are quickly resisted, as was done in Odessa, where they were simply burned to death, or Dnepropetrovsk, where they were killed and buried by the side of the road, everything will be calm. If this is not done, then there will be war," Bartuska noted.

Czech Foreign Ministry spokesman David Frous told press on Saturday that Bartuska "was penalized by the Foreign Ministry in accordance with labor legislation. Before that, Foreign Minister Lubomir Zaoralek had a frank discussion with Bartuska on the matter." Frous added that a second violation will result in the diplomat's dismissal.

Commemorating the massacre earlier this month, Russian Foreign Ministry human rights ombudsman Konstantin Dolgov criticized Kiev for failing to complete an investigation into the case and bring the perpetrators to justice.

One Year After Odessa Massacre in Ukraine: How Tragedy Unfolded (VIDEO 18+)