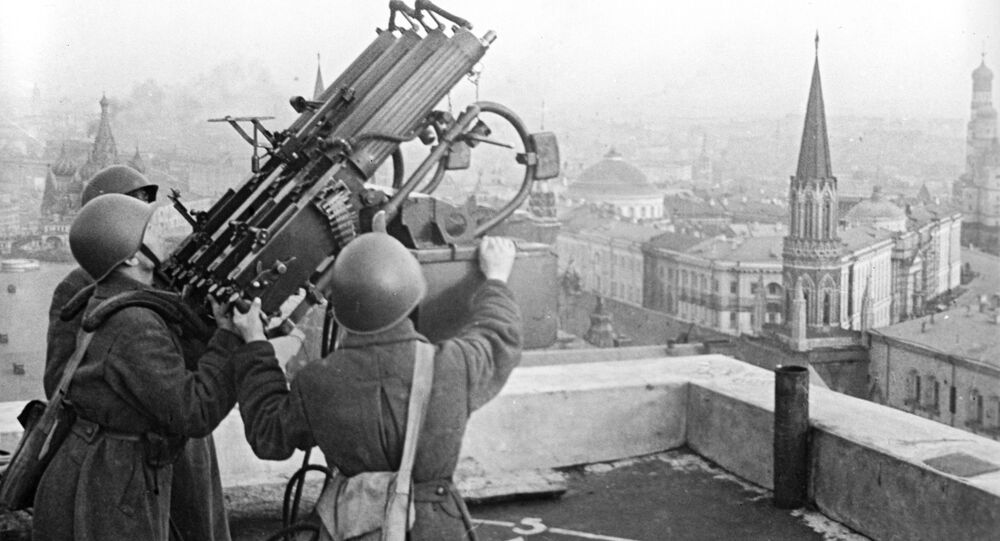 US veteran of the war Philip Burge said that the Soviet Army played a crucial role in World War II.

© Sputnik / Timothy Miller
The Role of Soviet Soldiers is Something We Tend to Forget - Dutch Author
WASHINGTON (Sputnik) — The Soviet Army played a crucial role in World War II, US veteran of the war Philip Burge told Sputnik at the commemoration ceremony for the 70th anniversary of the World War II victory in Washington DC.

"They [the Soviet Army] did wonderful things. They were extremely vital," Burge said.

The commemoration ceremony was held on Friday at the National World War II Memorial, and was attended by WWII veterans, as well as US and foreign officials.

"This is a very important day for me. I am almost 91 years old. I never expected to live this long. I am just very happy to be here," Burge said.

© AP Photo / Matt Dunham
British Arctic Convoy Veterans Value Russia’s Role in Nazi Defeat
During the war, Burge served in a US engineering battalion in the 10th armored division, and was in Germany, France, Belgium, and Luxembourg.

The Soviet Union WWII casualties are estimated to have exceeded 27 million. The number of military casualties exceeded 8.7 million, making up more than a half of the total allied casualties.

On May 9, Moscow hosted a large military parade to commemorate the 70th anniversary of the Nazi Germany's defeat. The event was the biggest Russian military parade ever held, with about 16,500 troops and almost 200 units of military hardware participating.