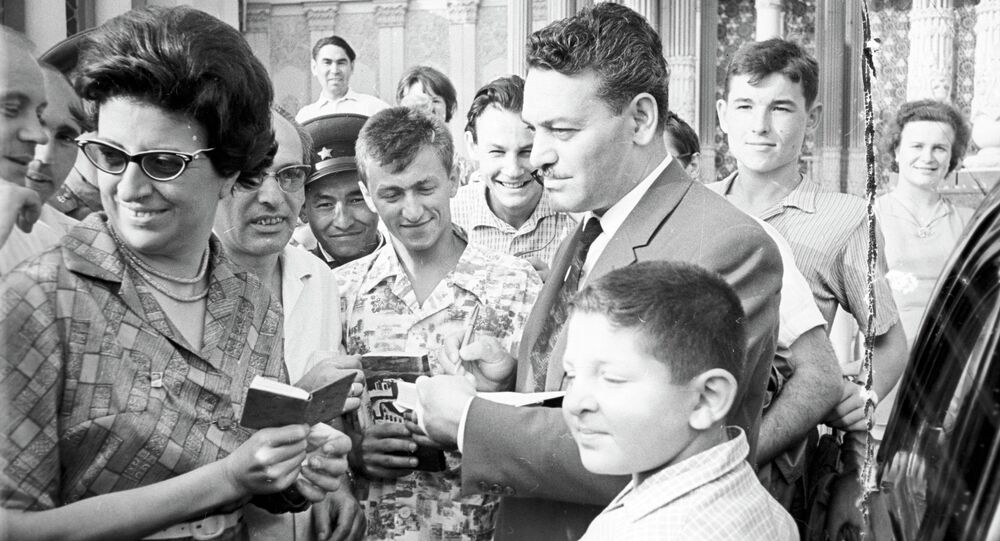 Manolis Glezos, the leader of Greek partisans in World War II, congratulated all soldiers of the War.

© Sputnik / Anton Denisov
Former UK Ambassador to Russia Laments Western Boycott of V-Day Parade
MOSCOW (Sputnik) — Manolis Glezos, the leader of Greek partisans in World War II, congratulated all soldiers of the War and remembered one of the most famous Soviet heroes in his interview with Sputnik.

During the WWII, Glezos and Apostolos Santas climbed the Acropolis in Athens and tore down the swastika flag which had been there since the Nazis occupied the city. Glezos, called by the French President Charles de Gaulles "the first partisan of the WWII," inspired Europeans resistant movements against the Nazi occupation with his bravery.

"My congratulations to all the soldiers of WWII," Glezos said.

He said that among all the Soviet soldiers, he remembers the best the military pilot and Hero of the Soviet Union Alexey Maresyev who was injured so badly that both of his legs had to be amputated. Nevertheless, he returned to flying and continued fighting against the Nazis.

© Sputnik / Vladimir Vyatkin
Soviet Union’s WWII Contribution Valued by Historians - WWII Organization Chairman
"He was the leader of the Soviet partisans and we met many times after the War," Glezos pointed out.

The Greek veteran also remembered Boris Polevoy, the author of "The Story of a Real Man," devoted to Maresyev.

After WWII, Glezos became a prominent left-wing activist, who suffered a harsh persecution for his political views, spending in the prison more than 11 years.

Nowadays, Manolis Glezos is a member of the European Parliament from the ruling Syriza party.

On May 9, Russia and other former Soviet states celebrate the 70th anniversary of the victory over Nazi Germany.

The Soviet Union's World War II military and civilian casualties exceeded 27 million. The number of military dead was estimated at above 8.7 million, more than half of all allied casualties.