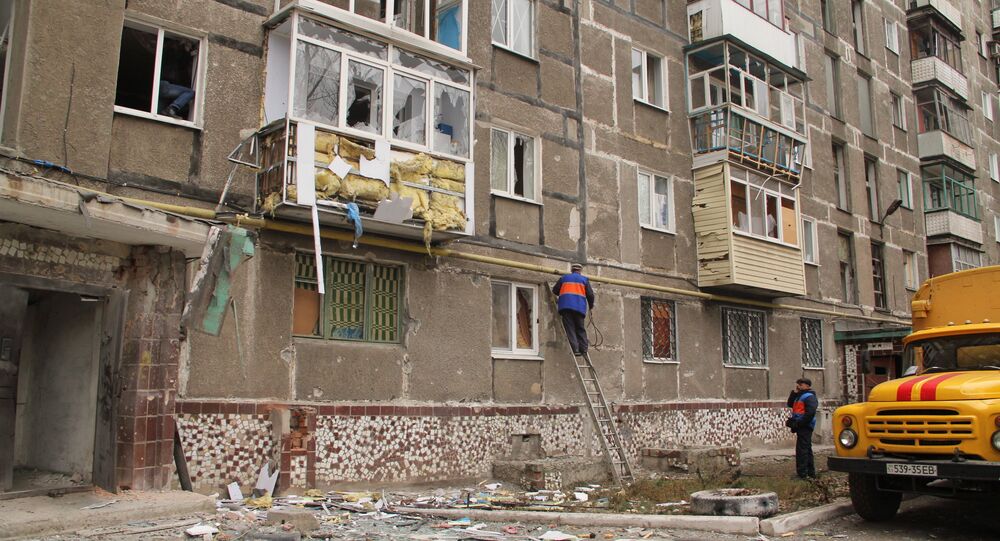 Artillery fire is reported in southeastern Ukraine, particularly in the town of Gorlovka.

DONETSK (Sputnik) – Artillery fire is reported in southeastern Ukraine, particularly in the town of Gorlovka, where earlier a kindergarten and country houses came under shelling with one civilian having been injured.

"The shelling of northern suburbs resumed in the second half of the day," a Gorlovka resident told RIA Novosti late on Friday, adding that explosions were still being heard in nearby villages, where some people have spotted heavy smoke.

Gorlovka has been severely damaged by the shelling of Kiev troops, particularly at the beginning of this year, when fighting in the Donetsk region intensified. Other violence hotspots included the Donetsk Airport and the village of Shirokino.

In February, a ceasefire agreement was reached between DPR and LPR (Lugansk People's Republic) fighters and Kiev forces, which launched a military operation against independence supporters in southeastern Ukraine in April, 2014.

The ceasefire came into force on February 15, but some violations have since been reported by both sides.