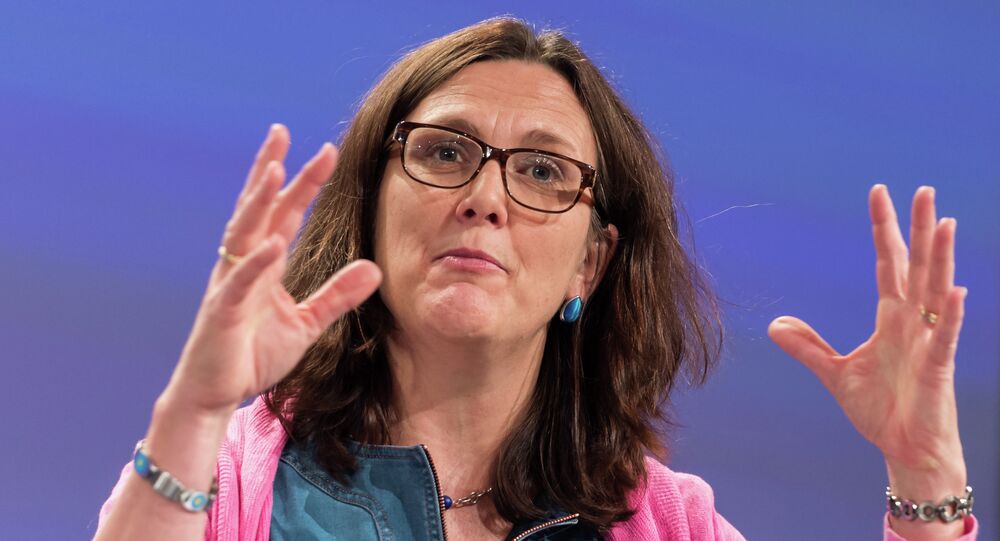 The European Commission will hold three-party political meeting with ministers from Russia and Ukraine to discuss the implementation of the trade section of the association agreement between Ukraine and the European Union, according to a senior EU official.

© Flickr / Alexandru Mazilu
EU Parliament Drafts New Anti-Russian Resolution Calling for More Sanctions
BRUSSELS (Sputnik) – The European Commission will hold three-party talks with Russia and Ukraine on May 18 to discuss the implementation of the trade section of the Association Agreement between Ukraine and the European Union, a senior EU official said Thursday.

"There will be a political meeting that I would chair on May 18, with ministers from Ukraine and Russia in order to see if we can use the flexibilities in the agreement to find practical solutions to some of the concerns that Russia has expressed," EU Trade Commissioner Cecilia Malmstrom said.

She added that it was too early to say whether the sides will need more than one meeting to iron out any potential differences.

Earlier in the day, the meeting was confirmed by an aide to Russian Economic Development Minister Alexei Ulyukayev, who, along with Ukrainian Foreign Minister Pavlo Klymkin is expected to take part in the talks.

Last week, Ukrainian Prime Minister Arseniy Yatsenyuk said that Kiev had no plans to postpone the implementation of a free trade zone with the European Union, set to come into effect on January 1, 2016.

The free trade deal is part of the broader Ukraine-EU Association Agreement, signed in March 2014 by an interim Ukrainian government following the overthrow of President Viktor Yanukovych, who opposed the agreement.