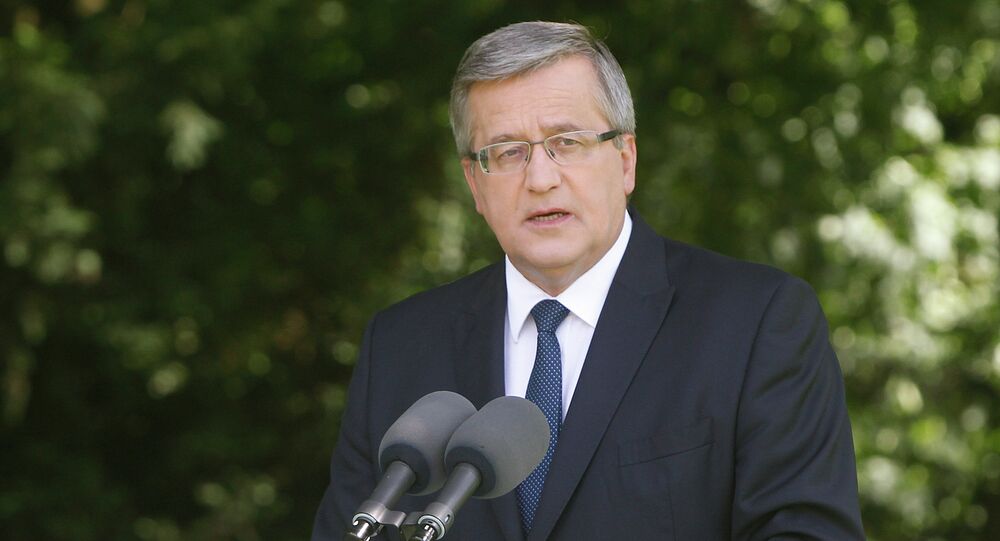 How to Celebrate V-Day Without Celebrating Victory? Ask Poland's President

Poland's president organized a WWII commemoration event seen by some as an alternative to Moscow's May 9 parade.

Poland's president has organized a World War II commemoration event meant for European heads of state, seen by some as an alternative to Russia's parade on May 9.

The academic conference that is part of the event has been presented by the Polish Presidential Chancellery as a gathering of liberal scholars who seek to reevaluate the results of WWII. However, attendees include the head of the Russian Armed Forces Central Museum Aleksandr Nikonov and the Russian Foreign Ministry's Moscow State Institute of Foreign Relations department head Mikhail Narinsky.

The Polish president has been criticized by opposition members for using tensions with Russia as part of his campaign for the May 10 presidential election.

"I want to get away from the discussion of who won, who defeated Hitler. What will this debate give us? We need reflection, what the end of the war meant for Poland and Europe," Polish President Bronislaw Komorowski told television station TVN24.

© AFP 2020 / ADRIAN DENNIS
British WWII Veterans to Attend V-Day Celebrations in Saint Petersburg
The event did not gather any heads of state outside of Eastern Europe and Cyprus, whose President Nicos Anastasiades will also visit Moscow on May 9th. Germany is to be represented by former President Horst Kohler.

Between the panel event and the commemoration at Westerplatte, the site of Nazi Germany's first attack on Poland in September 1939, the attendees will light candles at a monument to shipyard workers killed in riots that took place in December 1970.

The Russian Presidential Chief-of-Staff Sergei Ivanov commented on the event in January, saying that the decision to mark victory in WWII at the place where the war began is strange.

Misconceptions of WWII History Stem From State of Western Education