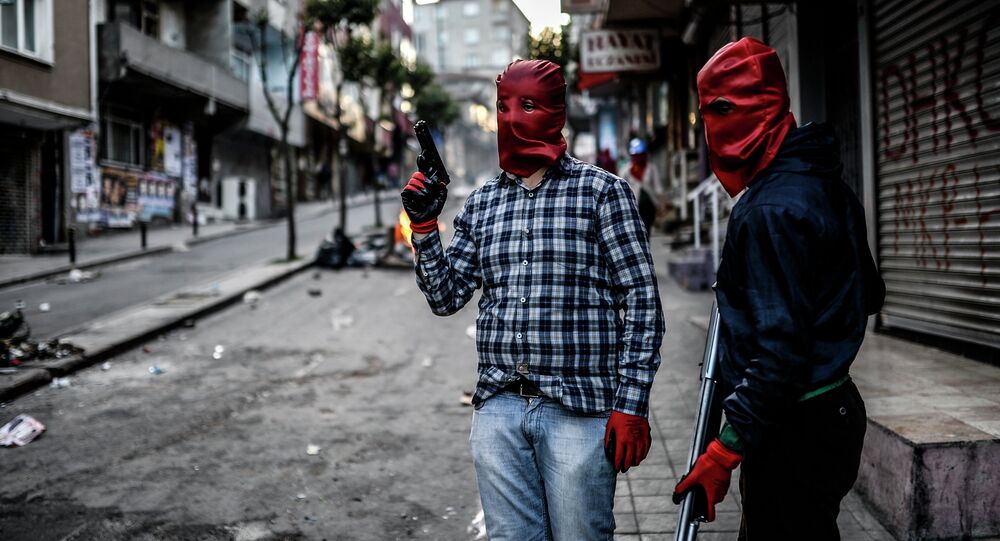 The newspaper "Yuruyus", published by Turkish leftist militant group, was banned by the German authorities.

The newspaper "Yuruyus" is published by The Revolutionary People's Liberation Party–Front (DHKP-C), a party prohibited in Germany since 1998 and listed as a terrorist group by the European Union in 2002.

“Germany is a defensive democracy, we do not tolerate any propaganda about the forcible removal of the existing political and social order in Turkey, and certainly not accept glorification of suicide bombings,” Germany’s Interior Minister Thomas de Maiziere said as quoted in the statement.

DHKP-C is a Marxist-Leninist party created in 1978. The party strongly opposes US and NATO influence on Turkish politics and has been notorious for a number of suicide bombings. The latest attack took place at the US embassy in Ankara in February 2013, and left two people — the bomber and the Turkish guard — dead.

Blackmailed and Controlled: Germany Acts as US 'Spy Colony' for Euro Intel