UK Green Party hopes to gain more support from disillusioned voters in the coming years, regardless of who will form the next government after the May general election. 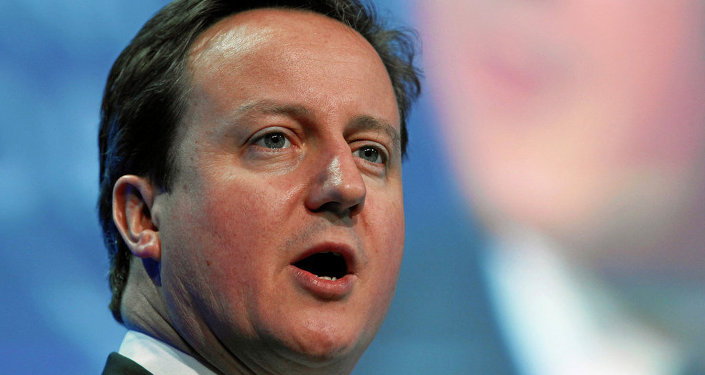 © Flickr / World Economic Forum
Cameron Gets 44% Support in TV Debates Ahead of UK Elections — Poll
BRISTOL (Sputnik), Daria Chernyshova – The Green Party hopes to gain more support from disillusioned voters in the coming years, regardless of who will form the next government after the May general election, the party's parliamentary candidate told Sputnik.

"By 2020 I think more and more people would have come to us," Darren Hall said in an interview with Sputnik.

Hall, who is also the Green Party's national home affairs spokesman, speculated that if Prime Minister David Cameron's Conservatives return to power, they will most likely be joined by the right-wing UKIP.

A right-wing government does not "get the environment stuff, they don't like it, they want to do fracking, they hate wind farms, they like nuclear energy," he said. 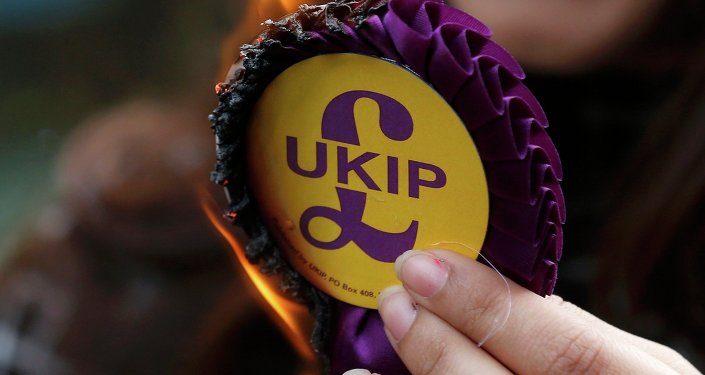 In the event that Labour and the Liberal Democrats form a government after the May 7 parliamentary election, Hall said it will depend on how well Labour do in fulfilling the promises they have made.

"In this election they made huge promises about social welfare and the NHS. But they have got no economic policy to actually pay for it," Hall told Sputnik.

Hall said he genuinely did not know how the Labour were going to deliver on their pre-election promises of fixing the national health system and child policy, while at the same time putting them on the chopping block.

On Thursday, Britons will cast their ballots in a general election to vote for 650 parliament members. The Greens hope to add to the one seat they won in Brighton Pavilion five years ago. The party's leader Natalie Bennett said in an April manifesto that she estimated that one in 20 Britons will vote Green this year, compared to one in hundred in 2010.

The United Kingdom should be investing money in society instead of bailing out banks, the Green Party's parliamentary candidate said.

"Feeding money into the bottom of society is much more likely to create a vibrant economy," Darren Hall said.

Hall, who is also Green party's national home affairs spokesman, underlined that the vast majority of people want to be productive members of society, but there is a significant proportion who are just unable to because they are not given enough help.

"I firmly believe that trickle-down economy does not work, the rich get richer and the poor get poorer. And so our belief is that instead of investing money through banks, we believe that our money should be in society, social systems, renewable energy, public transport," Darren Hall told Sputnik.

He added that it would be good for the jobs, for the economy, and for people.

The economic policy suggested by the Green Party has received a lot of criticism, yet Hall notes that if the UK managed to invest half a trillion pounds to bail out banks, the cost of helping people is bearable.

The Greens are on their campaign trail in Bristol, in South West England, in a bid to add a second Westminster seat to the one they hope to retain in Brighton Pavilion, which they first won in 2010.

On Thursday, Britons will vote in the general election. The Green Party, headed by Natalie Bennett, said in its manifesto that it estimated at least one in 20 citizens will vote Green this time.

"I absolutely believe that the best thing we can do is to get rid of Trident, to say to the world that we are going to act in a defensive peaceful way in our foreign policy," Darren Hall said in an interview.

The overhaul of Britain’s nuclear submarine fleet, armed with Trident missiles, has become one of the major points of contention in the campaign for the May 7 general election. The Tories want to replace the submarines with more modern ones; the Scottish National Party strongly opposes them outright because they are based in Scottish waters; while Labour is on the fence.

Hall, who is also the Green Party’s national home affairs spokesman, said there was no point in keeping nuclear weapons since there was already enough of this type of weapons stockpiled around the world.

The Green candidate said he had military experience, serving with the Royal Air Force, and “all of the people there say they don't want nuclear weapons, they would rather have tactical equipment to be able to go and to do peacekeeping around the world wherever that is needed."

Britain currently operates four Trident-equipped submarines out of the Faslane area of Scotland, the only facility in the United Kingdom able to accommodate the country's nuclear deterrent. The potential cost of their overhaul is equal to the country’s 2013/2014 healthcare budget.