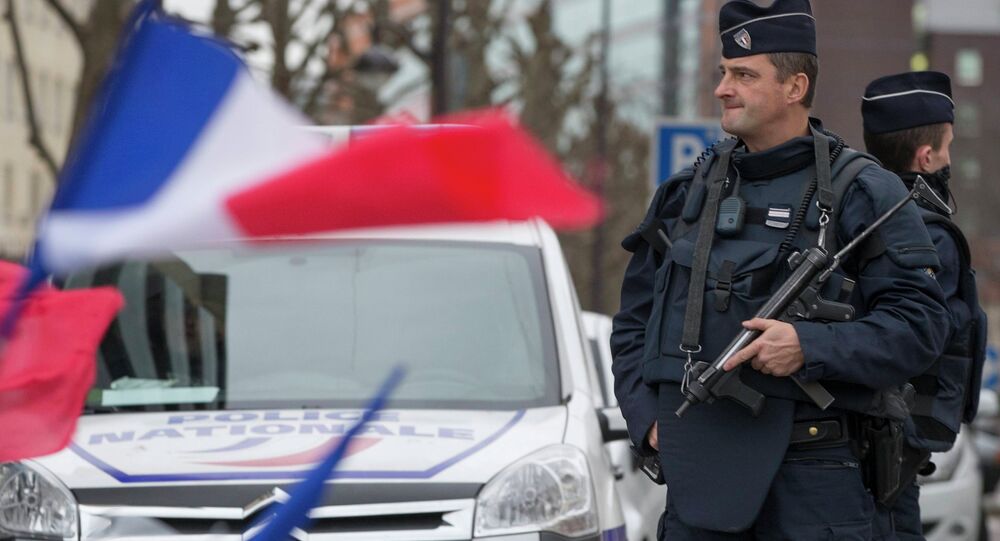 Members of the 180-strong contingent of guards at France's Elysée presidential palace have been complaining about long shifts, heavy gear and hot and sweaty bulletproof vests combining to make their working conditions 'intolerable', police employee logs published by Le Canard Enchaîné have revealed.

© AP Photo
France to Open Center for Returning Young Jihadists by Year-End – PM
The health and safety logs reveal complaints about the 15 kg in extra weight police guards have been forced to wear following January's terror attacks in Paris, including a heavier bulletproof vest, a submachine gun and extra ammunition. Standing on pavement without breaks for upwards of nine hours, employees have complained of "unbearable pain" to their backs, feet and sciatic nerves.

Worse yet, the bulletproof flak jackets are shared, with officers complaining that their coworkers' bad hygiene has resulted in breakouts of sores and pimples, caused by the dirty, stinky, greasy vests. Metro News explains that the sharing of vests is a budgetary issue.

Guards have also complained about the increased length of their shifts, one guard noting that he worked an uninterrupted shift that lasted nearly nine hours.

Taken together, the list of complaints is leading officers to consider going on strike, according to TheLocal.fr.

© Flickr / Mikel Iturbe Urretxa
French Police Left Red-Faced After Terrorist Suspect Calls for Help
Elysée guards haven't been the only French security forces to complain about the increased difficulty of their workload over the past several months. Last month, a number of police officers across the country involved in anti-terror policing began calling in sick to protest months of intensive overtaxing work in the country's anti-terrorist campaign, which consists of standing guard at sensitive sites and landmarks against potential attacks.

Following January's terror attacks on the offices of satirical magazine Charlie Hebdo and a Paris Kosher deli, French authorities launched Operation Vigipirate, a security operation aimed at guarding sensitive sites, including landmarks, media outlets and Jewish schools. Since then, nearly 11,500 soldiers and police have been involved in the guarding of roughly 800 sensitive sites.