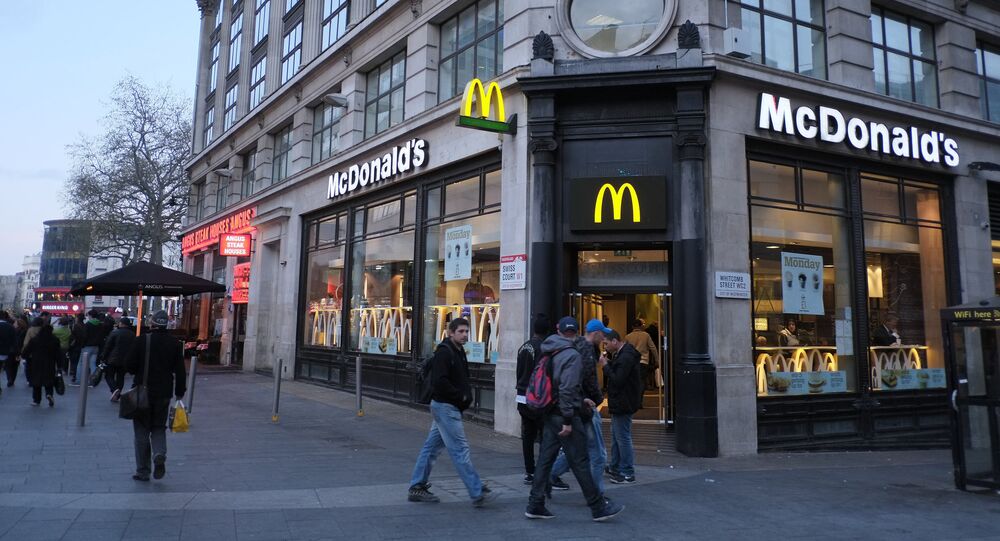 At the same time as the EU announced it was probing US fast food chain McDonald's over avoiding taxes in a deal with Luxembourg, regulators say they will miss a June deadline to decide whether Apple and Starbucks have also broken EU tax laws.

European Competition Commissioner Margrethe Vestager said she was reviewing the information provided by trade unions accusing McDonald's of avoiding taxes in a deal with Luxembourg to see whether it merited an investigation.

Ready for exchange of views with the TAXE committee of the European Parliament on tax rulings and tax avoidance. pic.twitter.com/IS3MhnTTVa

However, she said there would be a further delay to the Apple and Starbuck's decisions because they "lack some data".

A coalition of European and American trade unions, joined by the anti-poverty campaign group War on Want, on February 25 unveiled a report about McDonald's deliberate avoidance of over $1.1 billion (€1 bn) in corporate taxes in Europe over the five year period, 2009-2013.

Mighty Muscle of US Giants

The European Commission last year opened three in-depth investigations to examine whether decisions by tax authorities in Ireland, The Netherlands and Luxembourg with regard to the corporate income tax to be paid by Apple, Starbucks and Fiat Finance and Trade, respectively, comply with the EU rules on state aid.

"It is clear that obtaining information is both challenging and time consuming. We do not necessarily get the information the first time or the second time. Therefore, we will not meet the first deadline to be done by the end of the second quarter. We will do our best," Vestager told lawmakers in the European Parliament. "I will not give deadlines for the finalisation of these cases," she added.

The European Commission can order authorities to recover unfair state aid, which in the case of the four companies could run to millions of euros. Apple in a regulatory filing last week said a negative decision could have a material impact.

However, the US giants are using their financial muscle to employ lawyers and accountancy firms to delay any legal action both in the EU and among the G20 countries. Lobby groups representing Google, Amazon and other powerful US tech giants have clubbed together to challenge the G20-led program of international tax reform.

Lobbyists on behalf of Apple, Microsoft, Intel, Yahoo!, Facebook, Uber, Netflix, Hewlett-Packard, eBay, IBM, Twitter, Google and Amazon have all hit out at plans to crack down on the use of EU countries as tax havens. The latest delays in the EU decision on the likes of Apple and Starbucks show how much influence US giants have over EU taxation laws.