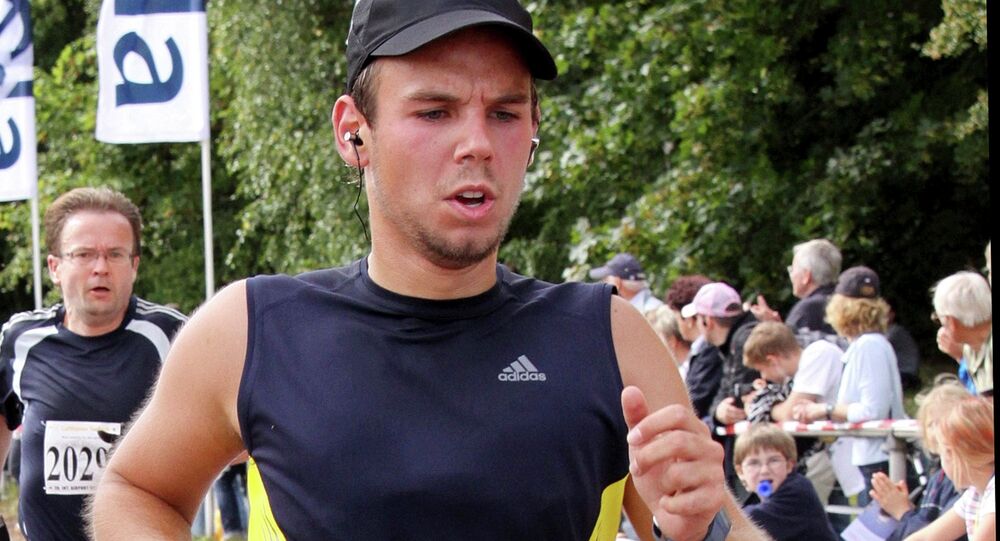 Germanwings co-pilot Andreas Lubitz, who is suspected of deliberately crashing a plane in the French Alps in March, possibly practiced the tragic descent on a previous flight on the same day, according to the German newspaper Bild.

© AP Photo / Yves Malenfer, Ministere de l'Interieur
Germanwings Crash Investigation Didn't Comply With Int'l Standards – IFALPA
The German newspaper Bild reported that the Germanwings co-pilot, suspected of deliberately crashing a plane in the French Alps in March, killing all 150 people on board, practiced a descent on a previous flight on the same day.

The newspaper referred to an interim report, due to be published by France's BEA crash investigation agency later on Wednesday. The document reveals that Andreas Lubitz allegedly practiced reducing flight altitude during the outbound flight from Dusseldorf to Barcelona on the same day when the crash occurred.

The Bild quoted sources close to BEA as saying that the report would point, among other things, to a "controlled descent that lasted for minutes and for which there was no aeronautical justification."

Lubitz is accused of deliberately flying the Airbus A320 jetliner into a mountainside during a flight from Barcelona to Dusseldorf on March 24, killing all 150 people onboard.

© AP Photo / Michael Probst
Investigators carry a suitcase out of the home of the family of Andreas Lubitz in Montabaur, Germany
© Flickr / Doug
Pilots Raise Doubts Over Four-Eyes Rule After Germanwings Crash
The 27-year-old reportedly suffered from severe depression in the past, using the Internet in order to find ways of committing suicide in the run-up to the crash. Investigators discovered torn-up sick notes at Lubitz's home that showed he should not have flown on the day of the flight.

Using information obtained from the plane's flight data recorders, prosecutors said they believe that Lubitz locked the captain out of the cockpit and veered the plane into a deadly descent. They also said that Lubitz changed the settings to increase the plane's speed as the captain unsuccessfully tried to enter the cabin.

DNA of A320 Co-Pilot Lubitz Found on Crash Site - Reports

'Open the Damn Door' Screamed A320 Pilot at Andreas Lubitz

Germanwings Co-Pilot May Have Added Diuretic to Captain’s Tea