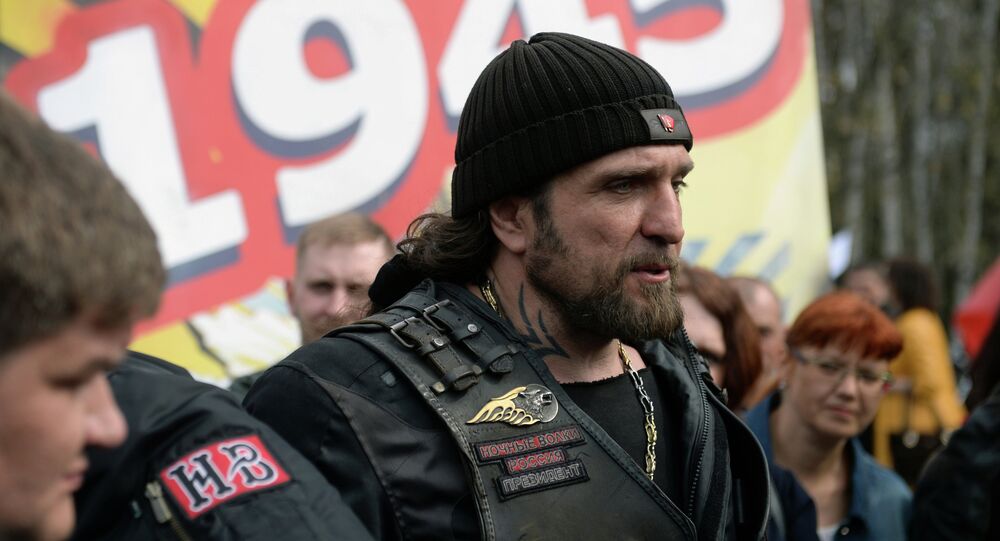 The Russian biker club Night Wolves plan to sue Germany in retaliation for the country's decision to annul its members' visas, according to the club's leader Alexander Zaldostanov.

© Sputnik
German Readers Approve Night Wolves’ Journey to Europe
The leader of the Russian biker club Night Wolves has announced that the club, together with its European colleagues, will file a lawsuit against the German government, following its move to annul the visas of Night Wolves members, the Russian media reported.

Alexander Zaldostanov says that the club has already hired a German lawyer who will represent their interests in court.

Zaldostanov slammed the German authorities' actions as unlawful, saying that visas had already officially been granted and that "the Night Wolves is a biker club, not a banned extremist organization."

"In the near future we will bring a lawsuit against the ban on the Night Wolves' entry in Germany, the cancellation of visas, as well as the deportation of our bikers. Currently, we are collecting all the necessary documents," he said.

According to him, even though the German government's decision is illegal, it will be pretty difficult to win this politically motivated case.

"They all point the finger at Russia, where they claim everything is corrupt. So let's see how human rights are protected in Europe," he concluded.

Zaldostanov along with other bikers was to take part in the Moscow-Berlin motor rally dedicated to the 70th anniversary of the victory of the Soviet Union and its allies over Nazi Germany in World War II. After the rally kicked off on April 25, many bikers, including Zaldostanov, faced problems when they attempted to cross the border. As a result, these bikers failed to enter EU territory.

Also on April 25, it was reported that Germany denied the visas of several Night Club members.

© Sputnik / Maxim Blinov
Russian Night Wolves Bikers Cross Border Into EU
The route of the motor rally, which is due to wrap up on May 9, includes the cities of Moscow, Minsk, Brest, Wroclaw, Brno, Bratislava, Vienna, Munich, Prague, Torgau, Karlshorst and Berlin.

Initially, the Polish and Lithuanian border guards refused to let Russian bikers in, but some of them finally managed to enter the Schengen Area, a border control-free zone which includes most of the European Union as well as Norway and Switzerland. On May 3, German police detained a convoy of bikers near Munich, but later they were allowed to continue the motor rally.